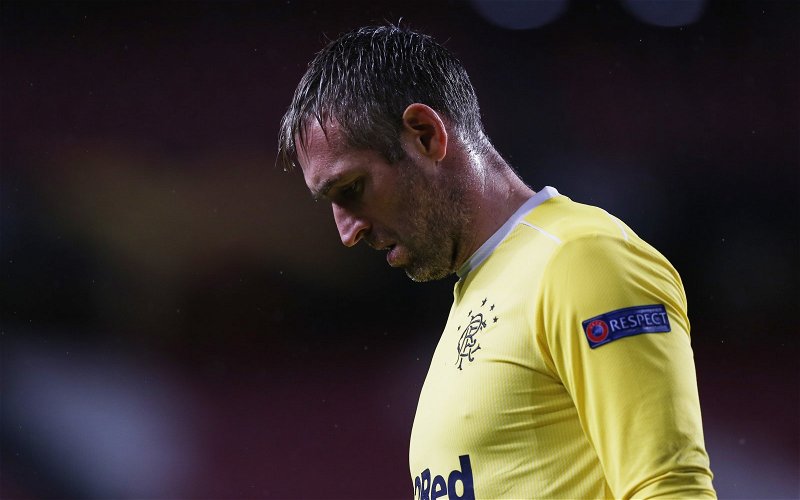 Facing a corner in the 90th minute it looked like a first half goal from big John Lundstram would be good enough to secure a precious home win for Sevco.

Allan McGregor has a clear view and run at the inswinging free-kick but inexplicably flapped at it leaving Craig Halkett at the back post with a free header to earn his side a draw. He netted.

Apart from one corner of the stadium Ibrox was silenced. Arriving at the match anticipating a nine point advantage on the way home the Sevco support knew that Celtic were leading 2-0 at Motherwell with the match in the closing stages.

As the ball nestled in the net there was no escaping the guilt on McGregor’s shoulders. With his team-mates wilting under the pressure the veteran keeper had one task to complete to secure full points and a win bonus for the lads. He flapped and failed.

There was no way back, two minutes of stoppage time passed without incident before the loyal bears booed and jeered their heroes off the park.

Just like Malmo, Lyon and Motherwell; Hearts had avoided defeat at Ibrox. Questions are being asked about the hunger and desire of Steven Gerrard’s squad.

With no money for new signings the Liverpool legend will need to rely on his managerial ability to get this squad through the season, if McGregor is starting to lose it the tide could be turning against Mister Gerrard.