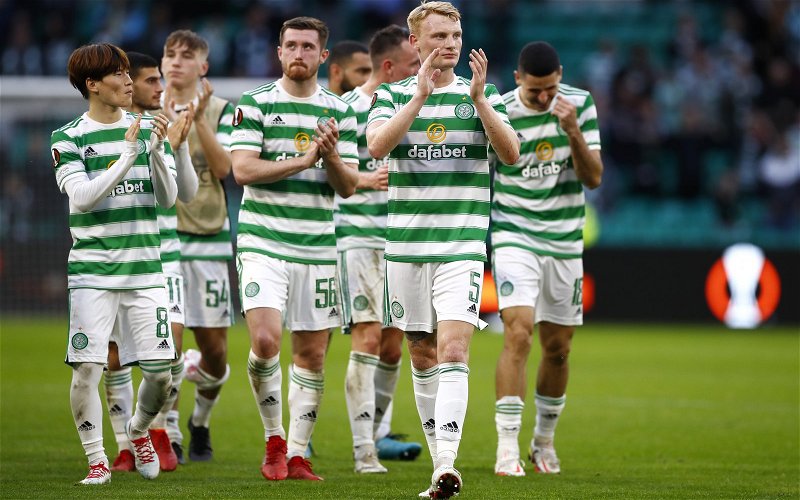 Celtic turned on the style to beat Ferencvaros 2-0 to revive their hopes in the Europa League.

Despite losing eight goals in their first two matches there were signs of hope and progress to be taken from the defeats to Real Betis and Bayern Leverkusen.

Hope and progress don’t show up in the group table but this morning Celtic have three points for their efforts as the top two teams in the group prepare to face each other home and away.

A wonder goal from Kyogo from the magic boots of Jota was the highlight, David Turnbull’s effort counts just the same as Celtic prepare for a trip to Budapest where they have genuine hopes of taking full points.

It could have been much more than a 2-0 win, Jota and Turnbull missed chances late on to put a more emphatic look on the scoreline.

As an added bonus Mikey Johnston and Giorgos Giakoumakis came off the bench lending strength and depth to Ange Postecoglou’s squad.