How about you support the players? fickle Ibrox coach Beale turns on fan 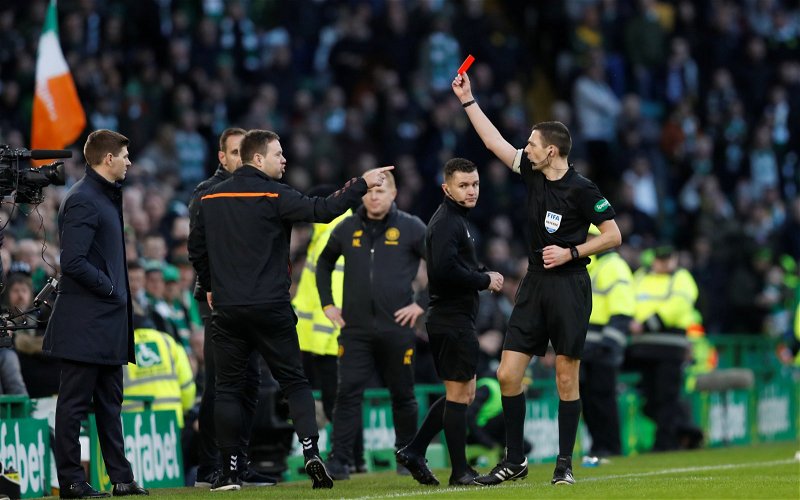 After four European defeats and losing a goal in most domestic matches it seems like the pressure is getting through to the management team at Ibrox.

On Friday Steven Gerrard was bleating about not getting any money in the last two transfer windows with first team coach Michael Beale turning against a fan on Twitter.

22 home league wins out of the last 23 & 1 league defeat in 47 games. How about you support the players? https://t.co/FrUGQQI2Gl

The fan quickly deleted his critical tweet after it was replied to by Gerrard’s trusted first team coach.

Today’s win over Hibs was the third domestic victory in which honest mistakes played their part, this time provided by Nick Walsh.

With Hibs leading 1-0 the Lanarkshire school-teacher decided to send off Ryan Porteous for a challenge on Joe Aribo that many doubted merited a free kick.

Last week Lanarkshire based Bobby Madden decided that a deliberate foul on Paul McMullen by Jon McLaughlin was only worth a yellow card. Fun-guy Jason Cummings missed the penalty.

Two weeks ago Steven McLean allowed a headed goal from Fashion Sakala in a clearly offside position to stand in the 1-1 draw with Motherwell.