If I ever ended like that- Bitter Nicholas gets incredible put down! 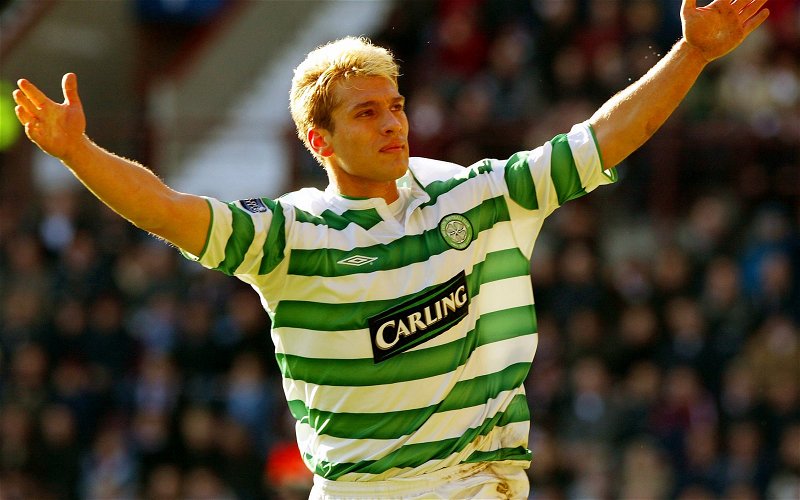 Stan Petrov has delivered a brilliant slap to Charlie Nicholas.

The Bulgarian had probably barely heard of Celtic when he arrived in Glasgow in 1999 but it was a move that was to change his life.

Six years of solid service ended in a move to Aston Villa. There was a little negative reaction to that move but supporters quickly appreciated his contribution to a golden era at the club that also delivered a £4m profit on transfer trading.

Petrov has been nothing other than complimentary about Celtic since leaving the club. His media appearances are something that supporters can enjoy while Nicholas seemed to have spent too long in the company of Jim White sniping at every aspect of the club- even the selection of pundits!

Petrov drew flak recently from former Celt Charlie Nicholas after he had been ushered into the TV studios at the last minute in the wake of Chris Sutton and Neil Lennon denied access to Ibrox. Nicholas questioned Petrov’s knowledge of the current set-up but the Bulgarian wasn’t for taking the bait; “I respect everyone. If I ended up like that I wouldn’t be true to myself’.

With Sky Sports calling time up on Nicholas last summer his only regular media gig is a column in Tuesday’s edition of The Express.

Petrov is a regular with Sky Sports, BT Sport and Celtic TV, with his vast experience of Scottish, English and international football he would be a very welcome addition to the Celtic coaching staff.