Ange Postecoglou was in no mood to humour Alisdair Lamont as he tried to pour cold water on Celtic’s win over Ferencvaros.

A 2-0 win with a missed penalty and a couple of other great chances missed late on in the game against a team that played in last season’s Champions League is nothing to be sniffed at.

The Radio Scotland reporter didn’t seem convinced that Celtic were deserving of the victory which matched the tone of their coverage led by the underwhelming Tom English.

In four Europa League group matches this season the state broadcaster has reported on four defeats, faced with covering a victory Lamont didn’t seem to know how to cope.

AP: Funny question to start with. Yeah, well deserved. I don’t think there’s any doubt about that. I think we controlled the game really well right from the start. They’re a good team. They showed it against Leverkusen and Betis. We controlled the first half well. They had to work really had to stifle us a little bit but we still created some chances, denied them any opportunities then we felt that they would tire in the second half because they were working so hard.

The game opened up, we got a really good goal. After that I thought that we could have had a couple more. Credit to the players, they stuck to their task and I thought that they were really disciplined right till the end.

AL: We were saying in commentary, by his own standards Kyogo was maybe having a quieter game than usual, finding it a little bit difficult to get into the game but it was someway to announce himself into the game wasn’t it? The first goal was a thing of beauty almost.

AP: Definitely, it must have been a glass half full commentary today. We worked really hard and that is part of the process you know. You are playing against good teams that aren’t going to give you the space. I thought in the first half he was working really hard both defensively and making runs. We couldn’t get it through to him because the space wasn’t there but that is part of the beauty of it, you’ve just got to keep going, he is always a threat. 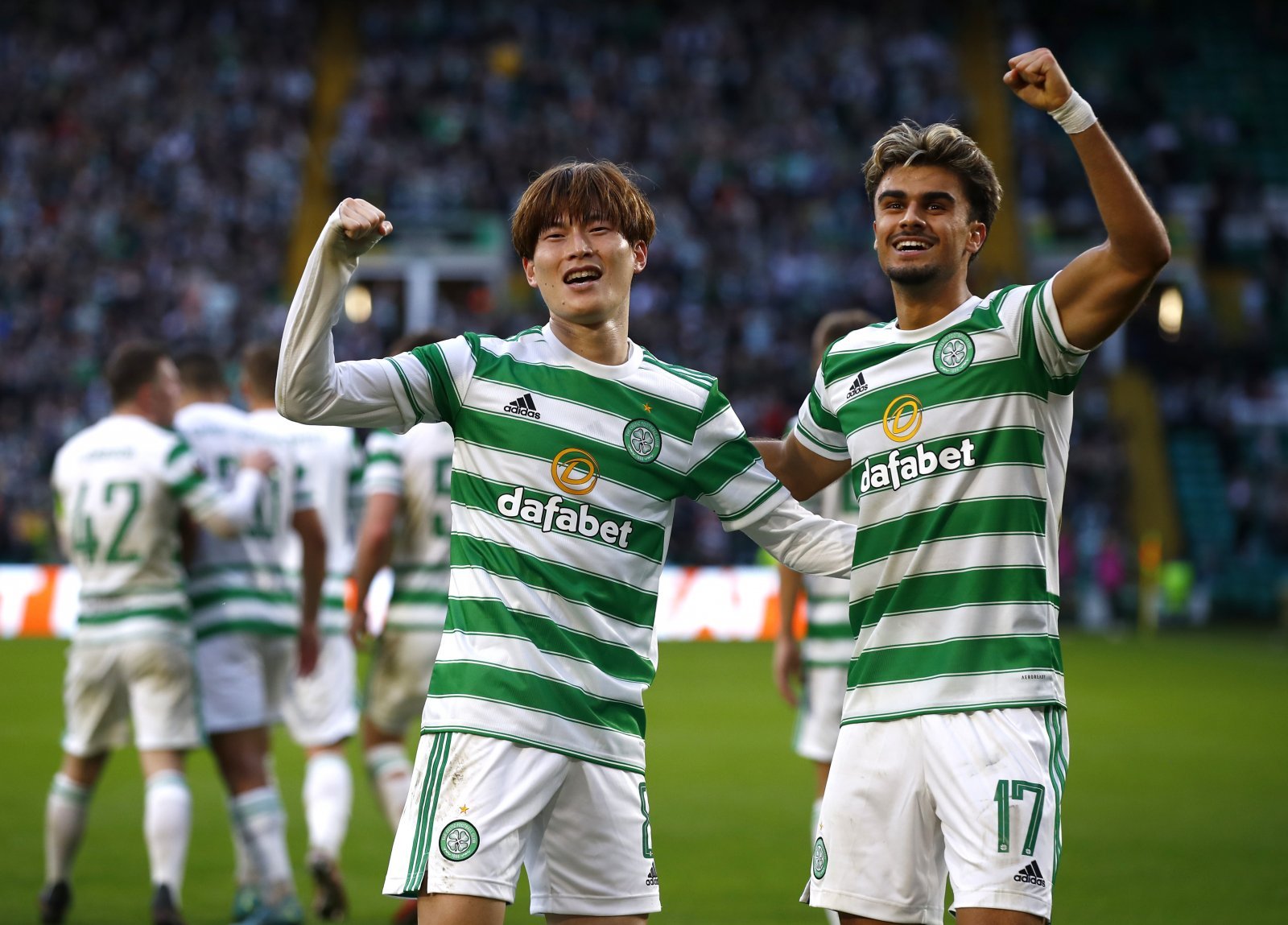 It seems that Radio Scotland struggle to acknowledge an impressive performance and result when it is played out in front of them. Perhaps their presenters have spent too much time in the company of Billy Dodds, Neil McCann, Mark Hateley, Derek Ferguson, Richard Forster and Charlie Adam to recognise talent and ability with their own eyes.