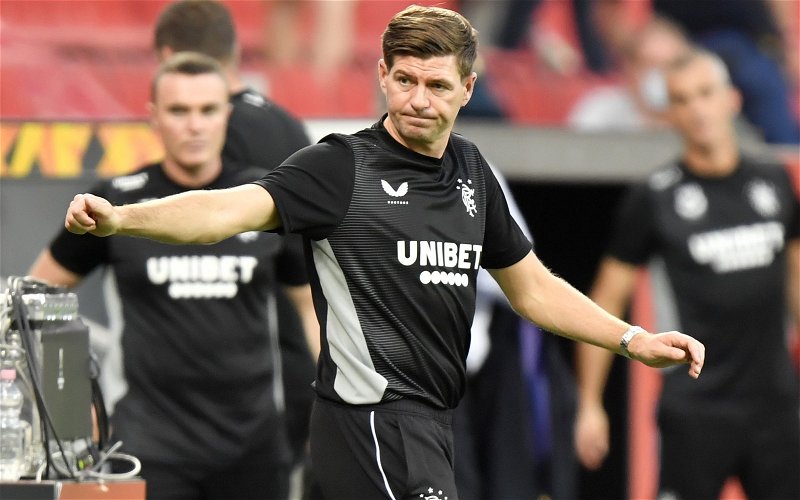 Scotland is one of the few countries not to use VAR in domestic matches despite systems being in place at Celtic Park and Ibrox for use in Europa League group matches.

That equipment gets packed away on a Friday morning leaving judgements solely in the hands of match referees.

Social media has highlighted how decisions have gone against Dundee, Motherwell, Hibs, Hearts, Dundee and Aberdeen in recent weeks allowing Gerrard’s side to stay out on top of the SPFL Premiership.

Clearly irked by the noise outside of the selective Ibrox media bubble, Gerrard believes that controversial decisions even themselves out over the course of a season!

I am sure VAR would be your next question. Twelve months ago everyone was slaughtering VAR saying it wasn’t good for the game and it is slow, and isn’t even getting decisions right.

This year, I must say, it has improved a lot and I am enjoying it a lot more. I’ll back up what I’ve said many a time. When VAR is in, it will take all those opposition opinions away from coming my direction.

Listen there is a clear shirt pull, I know the one you are alluding to, there is a shirt pull, whether that is enough to be a penalty or not, that is John Beaton’s decision not my own. It went our way.

I am sure every manager will say the same thing, over the course of a season some you will get and you will feel like maybe think the luck went your way and there will be times when you should have got something and you never and you feel a bit of injustice.

Over the course of a 38-game campaign you are going to get some and some you won’t.

During the Zoom conference it seemed that Gerrard was using a mobile phone.