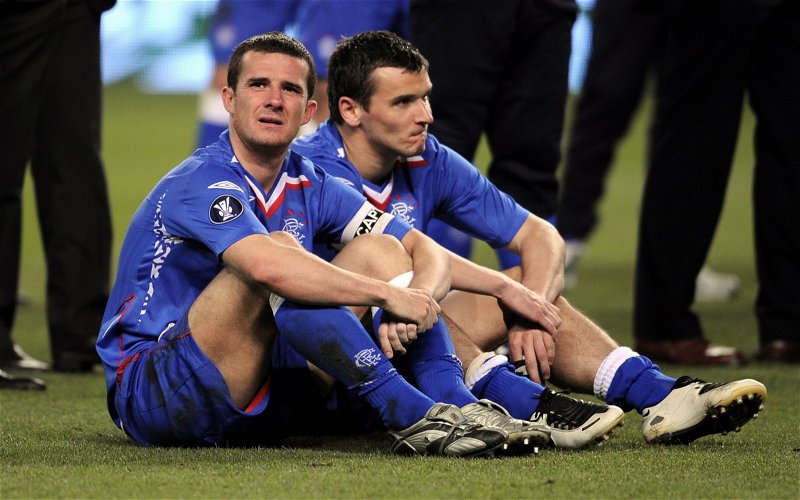 Barry Ferguson has told Steven Gerrard to recall Allan McGregor and Steve Davis to hold off the title challenge coming from Celtic.

At the start of the month there was a six point gap between the Glasgow rivals with dire predictions being made about Celtic’s run of fixtures which covered trips to Aberdeen, Motherwell and Hibs.

Ange Postecoglou’s side started the season with three defeats away from home but rather than wilt they have cut the gap to just two points with momentum on Celtic’s side.

Gerrard’s side have stumbled in recent weeks with Ferguson wanting to see Davis and MacGregor back in the starting XI to bring a halt to their faltering form.

Postecoglou has had to virtually rebuild a whole new team but the performances as well as the results are being noted elsewhere with the hoops moving from sixth place in the Premiership into second with a win tomorrow over Livingston taking them to top of the pile.

At the bottom of his column in the Daily Record, Ferguson warns:

Ange Postecoglou is getting Celtic’s house in order. By rattling off three straight away wins at Pittodrie, Fir Park and Easter Road he’s sending out a message that his team really is ready to go all the way. There is some serious momentum building.

And that’s what Gerrard has to find after an inconsistent start to the season. Yes, Rangers are two points clear at the top even despite this unsettled spell and that’s hardly a bad place to be.

But from now until the New Year is usually the most important period of any season. More often than not it’s when titles are won and lost. Rangers need to stabilise, find their form and put together an extended run of wins.

If that means the manager has to ask two old timers to go back to the well over the course of the next two months then so be it. Situations like this are what these two guys were made for.