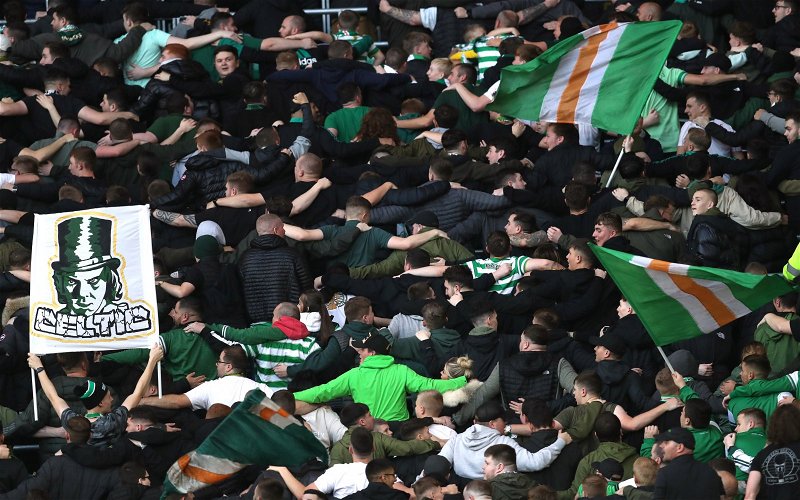 With no prior arrangement The Huddle returned to Celtic Park as over 50,000 fans enjoyed their Tuesday afternoon off duty.

Another duty called, when Celtic are 2-0 up and cruising in a European tie it really is time to celebrate with Spanish football station Moviestar sharing the magic of the occasion.

With over 400,000 Twitter followers Moviestar provide an essential service during European weeks with Celtic Park one of the most revered venues on the continent.

There were no discolights on show or revered opponents but Jota, Kyogo and friends put in a performance worthy of the backing the received from the daytime support.

A year ago Celtic’s Europa League disaster was met with stadium silence and online gnashing of teeth, yesterday afternoon those memories were distant as the fans celebrated with Europe looking in with a mixture of awe and amazement.

December 9 at home to Real Betis under the lights could be a cracker.