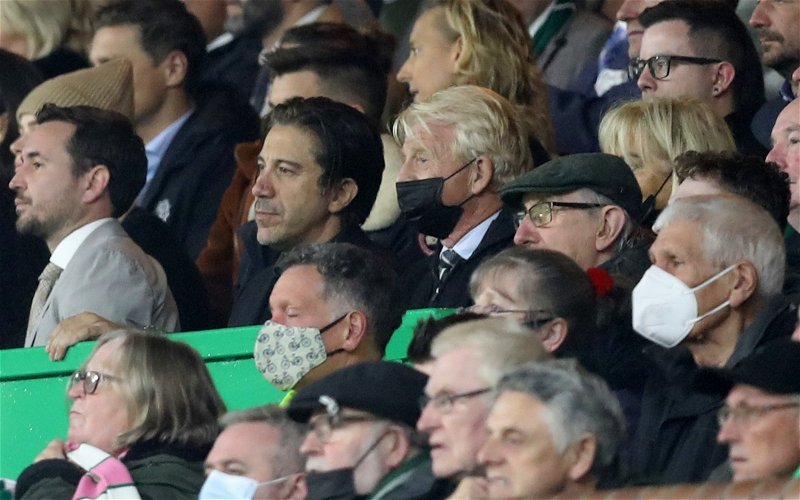 Physically they are poles apart but last night some Celtic fans saw Gordon Strachan casting a shadow over Ange Postecoglou. Such is the levels of concern that some supporters felt that they saw the former hoops manager in charge of a trackside camera during the 4-0 defeat from Bayer Leverkusen.

Rumours of Strachan taking over as Celtic manager have been rife in recent days, with social media fuelling that claim.

Strachan is currently working on a three month consultancy at Celtic but his presence around the club isn’t likely to be confined to the Academy, B team and ladies team that is on that remit.

Fifteen years ago he set out Celtic teams rammed with workmanlike players that twice made it to the last 16 of the Champions League. Manchester United and AC Milan were among the group stage victims at Celtic Park.

Those days seem like a lifetime away, what happens next at Celtic is anyone’s guess but Postecoglou needs a long winning run through October if he is to keep the Strachan rumours at bay.

Is that Gordon Strachan on the camera ?

Anyone got a screenshot of the one being discussed tonight now regarding Ange leaving and Gordon Strachan taking over? Doubt it’s true and let’s be real a riot would actually happen if that happens

We canny have it both ways and all accept it’s the worst squad in our lifetimes and then expect high quality performances every 3 days. Sunday is massive for him but whats the alternative? This board will hand ye Gordon Strachan till end of season or Jack Ross.

2 wins in 8 for big Ange and Celtic! Gonna be funny when he gets the bullet and Gordon Strachan gets unveiled with a Celtic/Dundee half and half scarf above his head!

At least we have Gordon strachan taking over in the morning not to worry all will be good! ?????

It absolutely is. I’m also not sure how much worse people think it can get if Gordon Strachan’s not considered to be that bad an option should this come to pass. I was in my teens last time he managed a club. I’m now in my early 30s. He’s a decade past his sell-by date.