Video: Watch the Celtic players celebrate with the fans at Motherwell 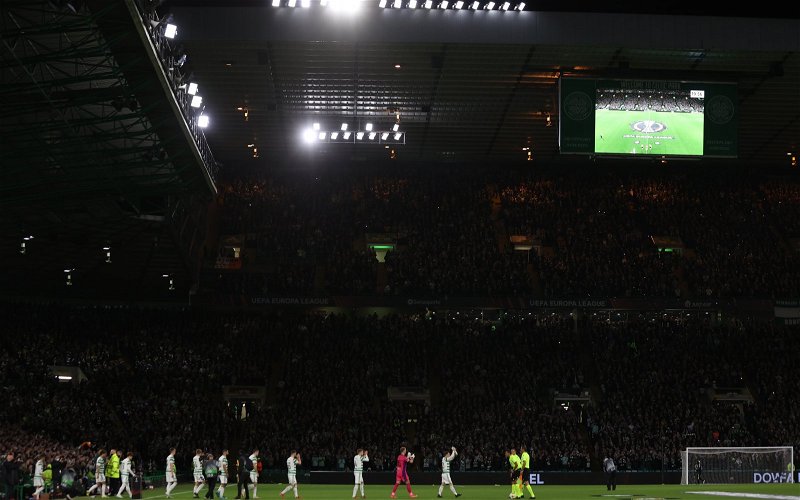 The South Stand at Fir Park was bouncing today as Celtic beat Motherwell 2-0 to move to just four points off top of the table.

It was the first clean sheet on the road under Ange Postecoglou with goals from Jota and David Turnbull building on the win at Pittodrie a fortnight ago.

Both goals were well received by the away support as was the roar seven minutes from time up when news came through that Hearts had equalised at Ibrox.

Good to see the group together at the end celebrating. Big Ange looked as if he was enjoying it too. Great day out at Fir Park pic.twitter.com/ekOx8RWj85

There were scenes of relief after the win away to Aberdeen as a six month run without an away win came to an end. Again, today, the fans chanted This Is The Day That We Won Away but there was more substance to the celebrations as the top of the table came back into view.

A home win against St Johnstone next Saturday will take Celtic to within a point of Steven Gerrard’s side who are in action the following day away to St Mirren.

Celtic’s last big away day win in front of fans was away to St Johnstone in March 2020, most of the players involved have moved on but the same fans are still celebrating and craving success.