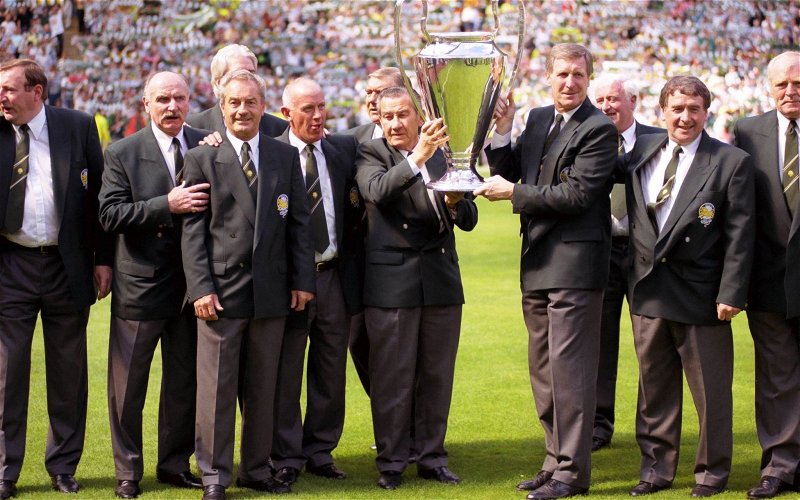 With modern technologies the glory of Celtic’s history will never be forgotten, if anything it is enhanced.

As every fan knows Stevie Chalmers scored the most important goal in Celtic’s history, when he turned Bobby Murdoch’s shot into the net in Lisbon a legend was created. Over 50 years later the goal is as celebrated as ever.

Sadly Chalmers died in May 2019, within a week of Billy McNeill but Artist Stuart Beaton has produced a fantastic drawing of the goal-scorer with a time lapse video capturing the stages of the drawing.

Chalmers joined Celtic in 1959, just as the grim years were beginning but took full advantage of Jock Stein’s arrival in 1965 to enjoy success that no one was predicting.

As well as his Lisbon goal there were 36 others in the season of all seasons, in the summer of 1966 he scored for Scotland in a friendly against Brazil, one of just five Scotland caps which produced four goals.