Fans or Higgins- Green Brigade spell it out to Michael Nicholson 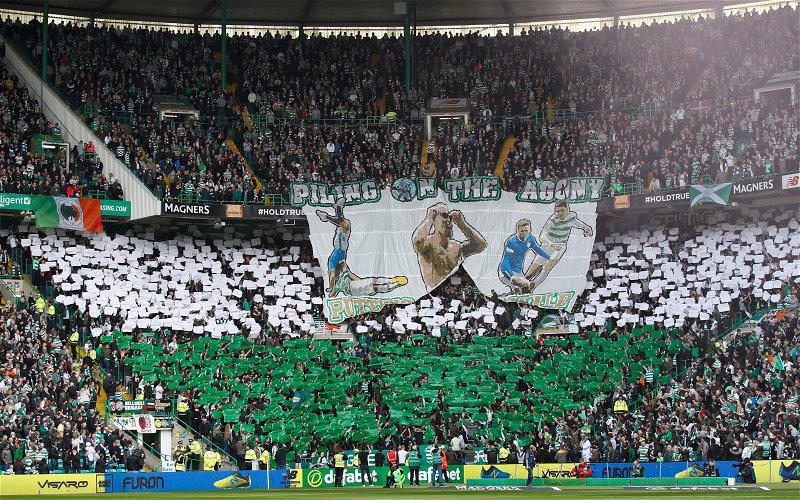 The Green Brigade stepped up their opposition to the rumoured appointment of Bernard Higgins at today’s match against Dundee.

On social media the Ultras group have made their feelings crystal clear about the appointment of the Police Scotland high-flyer to a security role inside the club.

Higgins appears to have played a very enthusiastic role in applying the Offensive Behaviour at Football Act which was repealed by the Scottish Parliament in 2018.

The ball is in your court, @CelticFC. pic.twitter.com/vRPN8zO13L

Last week at home to Livingston there was a 30 minute silence at the start of the match, today after 30 seconds the match was halted as dozens of tennis balls were thrown onto the pitch. Play was halted 30 minutes.

Prior to kick-off two banners were held up opposing the possible appointment of Higgins, after two months in the job acting CEO Michael Nicholson has yet to make any public comment on any issue.

Dom McKay left Celtic on September 10 after 72 days in the job.