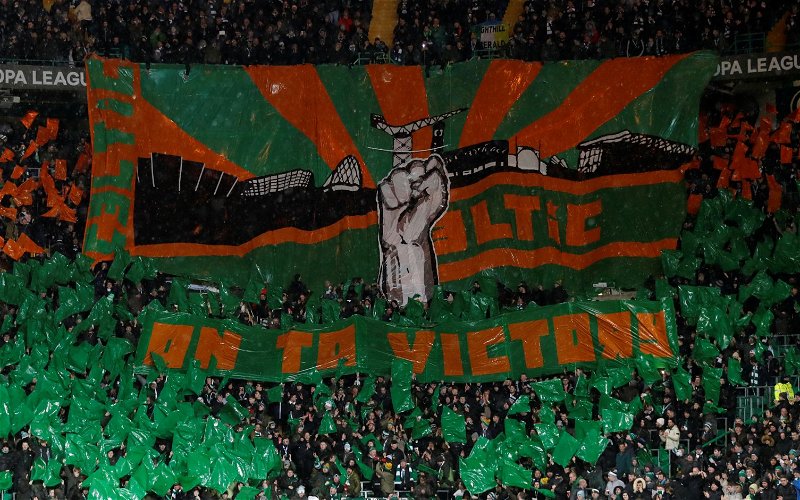 Ten major Celtic supporters’ groups have stepped up their opposition to the rumoured appointment of Bernard Higgins to a senior security role at the club.

Protests have taken place at two recent matches but today’s message, in the form of a letter to acting CEO, Michael Nicholson, takes the issue to a new level.

Should Celtic wish to push ahead with the appointment of Higgins their new security chief won’t get any co-operation or communication with 10 groups of the people that he is expected to work alongside and liaise with.

At last week’s AGM Ian Bankier was very non-committal on the issue, he was offered the opportunity to state that the club wouldn’t appoint anyone that would antagonise the support- Bankier refused to take up that offer.

We, the undersigned, wish to state our objection to the rumoured appointment of Bernard Higgins as a member of Celtic FC’s security staff. In his role as Assistant Chief Constable with Police Scotland, and as the national strategic lead for football, Higgins has been responsible for the policing of football fans for almost a decade.

In the period since he was appointed to this position, the policing of football matches has changed dramatically, with the introduction of intrusive surveillance the widespread use of football banning orders and a determination to arrest fans on spurious charges.

This has caused irreparable damage to the lives of many Celtic fans as well as to the relationship between the supporters and Higgins himself. It must be made known that we will refuse to recognise or engage with Higgins if he is appointed, as his history makes him an unsuitable candidate to be tasked with the responsibility of ensuring the safety and security of Celtic supporters. We ask you to address this issue and to reconsider such an appointment.

Today Celtic launched their Christmas campaign with a video, under Ange Postecoglou they have a manager that almost all fans seem to back and believe in.

There are definite signs of a feel-good factor but that looks like being killed stone dead if the club pushes ahead to appoint Higgins despite such clear opposition making itself known.

An open letter to Michael Nicholson, Celtic CEO, re the appointment of Bernard Higgins.

The signatures on this letter represents tens of thousands of Celtic fans. Bernard Higgins is not welcome at Celtic and the fans will not recognise nor engage with him. pic.twitter.com/imfmNuUp8K