Behind Enemy Lines- the bhoys that beat the ticket ban 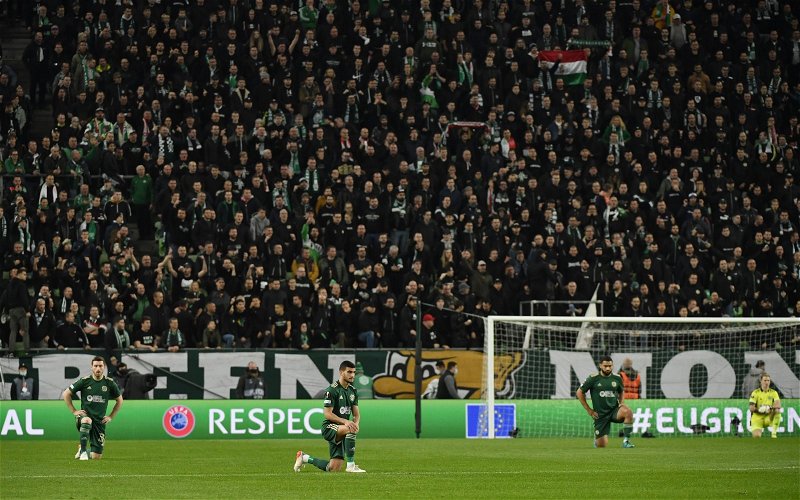 Commentator Rory Hamilton mentioned many Celtic fans getting in to watch their side in the Ferencvaros Stadium tonight.

On Wednesday morning Celtic announced that they hadn’t been able to agree an allocation of tickets for the match but hundreds of fans hadn’t travelled over just for the fine hospitality of one of Europe’s great capitals.

For those with Irish passports and a European Vaccine passport it was a little simpler but other fans were able to use their initiative to get through security- while wearing their green and white colours.

Bhoys in budapest ?this is the day we win away pic.twitter.com/KSjZJC9EIu

A third minute goal from Kyogo Furuhashi would have tested the emotions of ‘visitors’ in the home seats. A tousy first half finished with Celtic leading by 2-1.

Liel Abada’s third goal would have brought many neutrals to their feet, there was a late goal for the home side but after the long journey, efforts to pick up a ticket the three points will be well celebrated by the under-cover Celtic fans lucky enough to witness tonight’s match.