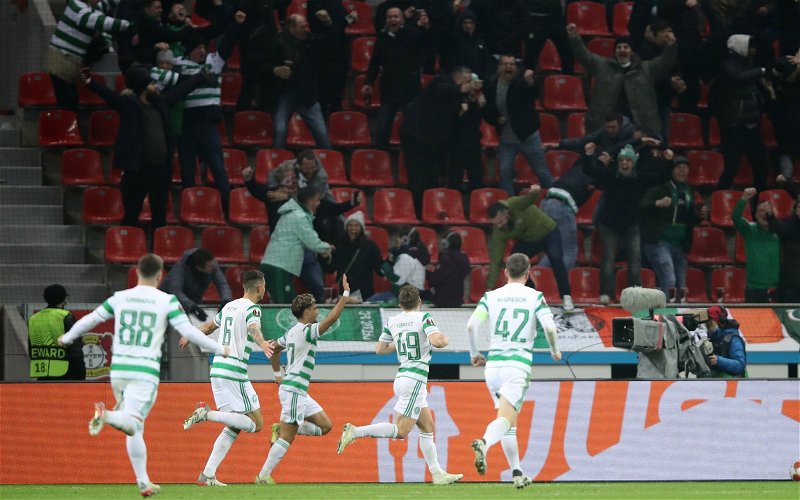 Celtic might be out of the Europa League but in Jota they have one of the great entertainers of the group stage.

A year ago the Benfica winger was on loan at Real Valladolid, locked in a grim battle that ended in relegation played out in front of no fans.

A deadline day move to Celtic has given Jota the platform that his skills and ability deserves, Celtic fans are now wondering if he can be kept a big enough secret to get signed on a permanent deal.

In the current market there aren’t many two footed wingers with a sure touch in front of goal, which is the start of Jota’s eye-catching CV.

UEFA were first alerted to Celtic’s loan winger when he delivered an incredible pass for Kyogo Furuhashi to open the scoring at home to Ferencvaros. Numerous camera angles couldn’t detract from the skill involved.

Goals in successive away matches to Ferencvaros and Bayer Leverkusen have underlined his ability and value to the team- and why a permanent move has to be Celtic’s January priority.

The Bhoys have turned it around in Leverkusen ?#UEL pic.twitter.com/1THvLbYB6M

Best Portuguese player of all time

SHHH keep it on the down low

You love us admin

?? Celtic go from back to front in a flash!