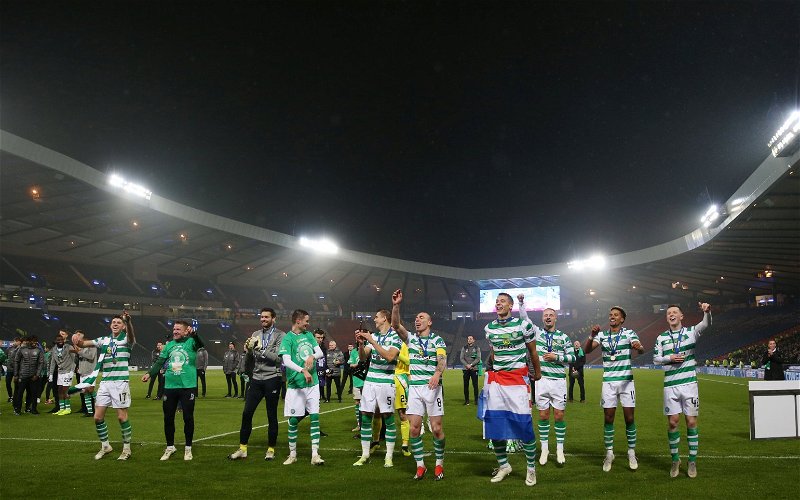 Celtic fans make their way to Hampden today- the first time in 21 months that they have travelled to the National Stadium.

Back in December 2019 Chris Jullien and Fraser Forster were the heroes as the League Cup was won for the fourth season running. Neither of those players will be involved today but over 40,000 Celtic fans will fill Hampden with around 7,000 expected from the cup holders.

Vaccination certificates are required for entry to the stadium with checks in place at the main access points to ensure that fans comply.

Info for today’s match, advice as always please be early, if travelling by train Mount Florida and Kings Park stations are available https://t.co/fM8ND5dQ5z

Ange Postecoglou has had 13 days to prepare for this match with his side expected to be on similar lines to the XI that beat Dundee 4-2 at Dens Park.

Tom Rogic and Carl Starfelt look like missing out but with five days until the Europa League match against Bayer Leverkusen hopefully one or both can be involved in Germany.

In the League Cup five substitutes can be used which gives Postecoglou extra flexibility with today’s match the first of 12 in the next 42 days.