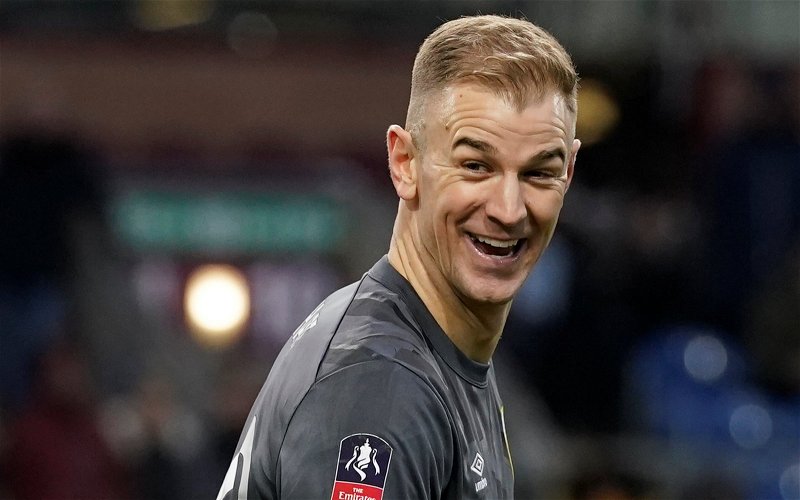 Jota has revealed that the younger hot-headed Joe Hart hasn’t quite matured into a mild manned veteran.

In his earlier days Hart’s emotions were never too far away as he bawled out team-mates, opponents and officials as he scaled the heights with Manchester City and England.

Pep Guardiola wasn’t a fan. Loans to Torino and West Ham followed before Hart’s career began to drift with stints as back-up at Burnley and Spurs before a surprise move to Celtic at the start of August.

The bawling is now more rationed but the influence is just as strong with younger, inexperienced team-mates listening and learning from the 34-year-old who spent seven years as England’s first choice goalkeeper.

A young winger from Iberia could get overwhelmed in the industrial environment of Scottish football but with Hart also a newcomer Jota is drawing on the experiences of his veteran team-mate even if there is a sharp side to life alongside Hart.

You think he looks scary? You should see him in the dressing room! He can shout at players but everything he does is to help the team. If there is something he needs to say or do then he will do it. It’s all for the good of the team.

You sometimes see it in the heat of the moment on the pitch, when we are stressed. But when we get in the dressing room we are calm and we speak about things. We know what we want to do out on the pitch and I think the results speak for themselves at the moment.

Jota and Hart will be combing again at Dundee today with a 12 noon kick off as Celtic look to sign off for the international break with their fifth successive away win.