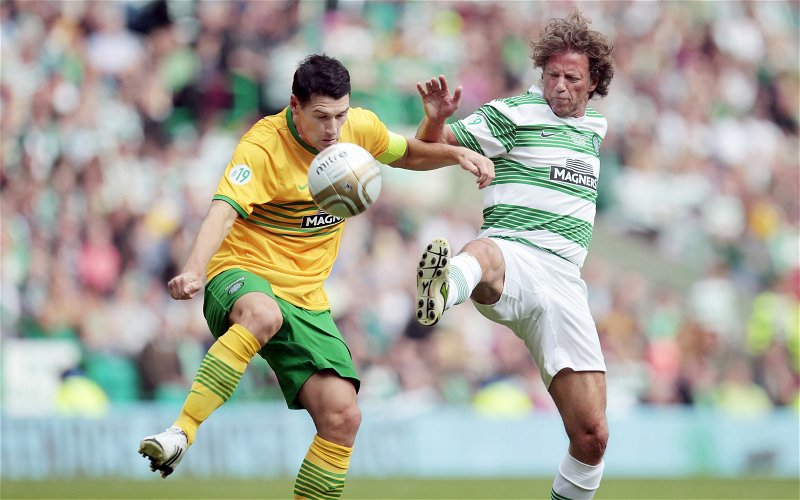 Jorge Cadete has taken a dig at the Daily Record over an On This Day tweet from 28 years ago.

The Glasgow based publisher is famous for its negative slant on anything Celtic related with the events of November 1993 too good for the Record to resist.

Following a dramatic 2-1 win at Ibrox new manager Lou Macari took his side to Lisbon where a double from Cadete overturned Celtic’s first leg lead.

Six months later Fergus McCann was in charge of Celtic, in March 1996 Cadete was signed from Sporting Lisbon in a move that highlighted the extent of fear that the SFA had for Celtic’s new leader.

Cadete’s registration was delayed, he missed vital matches with Celtic losing ground in the league race and being beaten in the Scottish Cup semi-final by the old Rangers club.

McCann knew something underhand had gone on, under Jim Farry the SFA doubled down, they apply the rules and regulations fairly across all clubs.

In March 1999, three years after the delayed registration Farry was sacked by the SFA at the age of 44, his career on the inside of football over.