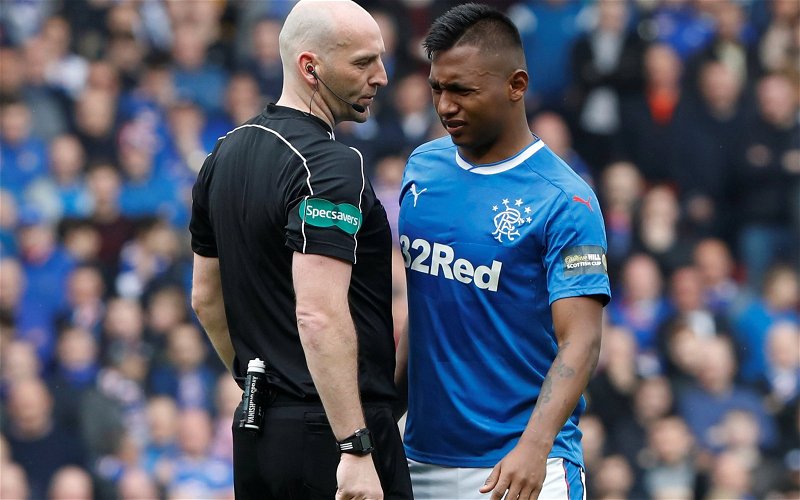 Bobby Madden will take charge of his fourth Celtic fixture in 15 matches when he referees next Thursday’s televised match at home to Hearts.

The Lanarkshire based official also took charge when the two teams met at Tynecastle on the opening day of the season.

So far in the 2021/22 season the SFA have given Premiership matches to 16 officials- incredible the Hearts fixture will be Madden’s fourth Celtic fixture of the SPFL season.

At Tynecastle Celtic fans were amazed when Andy Halliday escaped any card for a savage attack on Callum McGregor’s ankle, Halliday and Madden have appeared together on the Open Goal podcast.

In-between times the 43-year-old refereed the away win at Aberdeen and the home draw with Livingston. At Pittodrie he awarded an incredible 27 free kicks against Celtic despite the visitors having 61% of possession.

On Saturday Madden was involved in the bizarre incident that saw Funso Ojo of Aberdeen red carded after a Dundee United fan pushed out at the Dons midfielder.

Madden has had five non-Celtic SPFL matches this season, on Sunday Celtic host Aberdeen with Kevin Clancy the match referee.

At last week’s Celtic AGM Ian Bankier said that he was deeply concerned about refereeing issues when he was asked about the frequency in which Madden gets Celtic matches.