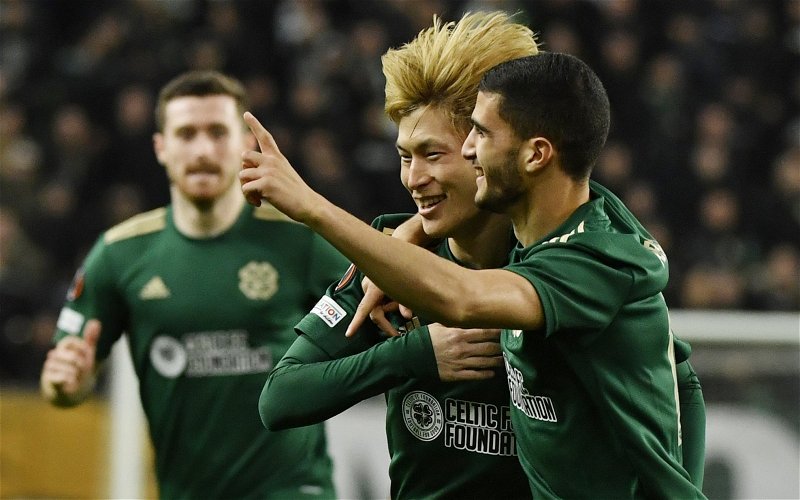 Chris Sutton enjoyed his viewing as Celtic beat Ferencvaros 3-2 to keep alive their hopes of progress in the Europa League.

In matchday one Ange Postecoglou’s side scored three times away to Real Betis but returned home with nothing to show for their graft.

Tonight the hoops scored three great goals- spread across their forward line- with the Hungarian’s unable to counter the attacking pressure play from their visitors.

Deserved victory for Celtic. Still shoot themselves in the foot but in the main very controlled. Carter-Vickers excellent once again at the back. Kyogo the best player in the country so far this season unplayable at times tonight. Job done.

Kyogo Furuhashi got the show on the road, showing great composure in the third minute to take a Liel Abada pass on the turn then shoot home.

A deflected shot brought Ferencvaros level but in the 23rd minute a shot from Jota brushed a defender’s shoulder to end up in the net.

The best was yet to come- on the hour mark David Turnbull, Callum McGregor and Kyogo set up Abada who kept his cool to find the net to give Celtic a 3-1 lead.

Ferencvaros pulled a goal back in the 85th minute but Celtic saw out four minutes of stoppage time to keep their hopes alive of progressing in the Europa League with a trip to Bayer Leverkusen up next for Ange’s goal machine.