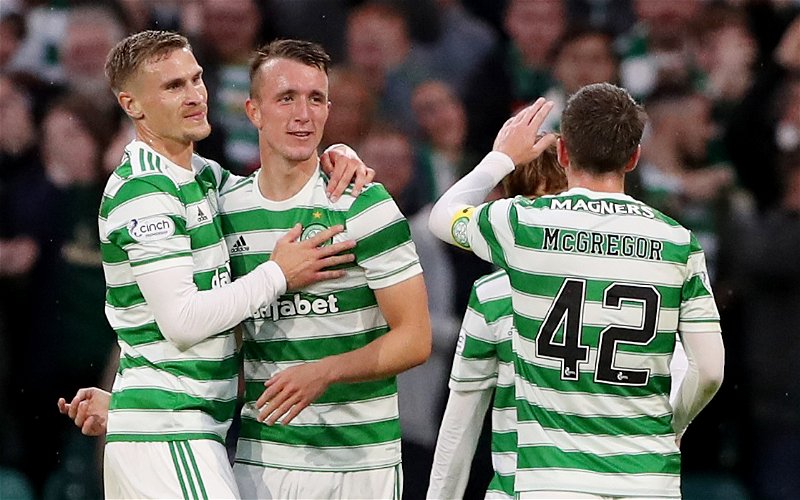 Chris Sutton joined the Celtic support in condemning Don Robertson for the leniency shown to Callum Butcher for his horror challenge on David Turnbull.

Just back from a two match ban the Dundee United substitute ploughed through the ball into the lower leg of the Celtic midfielder.

Fortunately Turnbull’s foot was off the ground with his shin pad taking the impact, if his foot had been planted on the ground the impact would have been gruesome.

Butcher should have seen red…

Outstanding half of football from Celtic… need to be more clinical in front of goal though!

Robertson had a clear view of the incident, as did his assistant David Roome with Butcher allowed to stay on the park.

As well as the potential damage to Turnbull getting 30 minutes to play against 10 men could have allowed Celtic to run up a few more goals.

Turnbull managed to complete the 90 minutes but just like Stephen Welsh and Cameron Carter-Vickers in recent matches against St Johnstone there is a worrying lack of protection given to players.