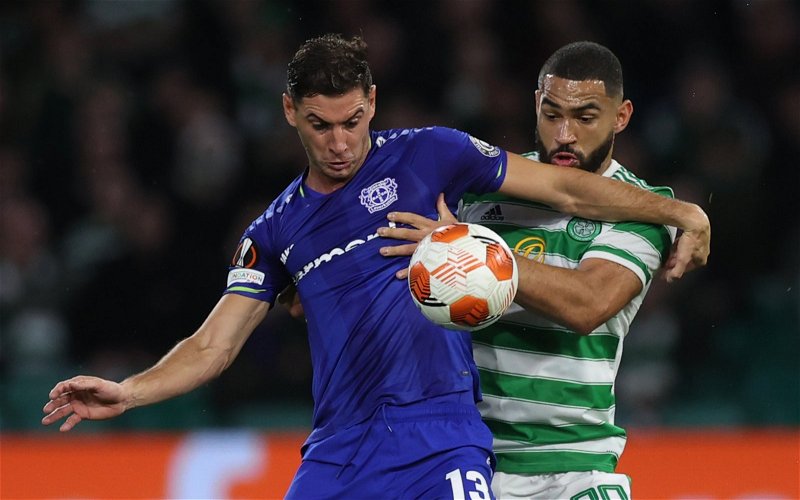 Celtic fans were sceptical about last night’s breaking news that the hoops could end up paying ‘around £10m’ to sign Cameron Carter-Vickers in a permanent move from Spurs.

The defender joined Celtic on transfer deadline day and has appeared in all 18 matches since, alongside Stephen Welsh or Carl Starfelt.

When he was signed a ‘right-to-buy’ was reported which could cover anything and everything, crucially whatever agreement clubs put in place by the clubs there is no obligation on the part of the player to agree to the contract offered.

Touching on the reported fee of ‘just shy of £6m’, last night the Record exclusively revealed:

Which sounds similar to the deal that Southampton agreed for Virgil van Dijk. The £13m fee became around £20m when the defender was sold to Liverpool with Celtic and the Saints both delighted by how that worked out.

Add-ons are an essential part of any transfer deal, the last thing that any club wants is for someone to move on and be sold for a massive profit after one or two seasons.

The exact details of contracts are closely guarded secrets, with all respect it seems highly unlikely that someone on the digital desk at the Record managed to uncover every details of contract between Celtic and Spurs, two clubs that like to keep private business private.

Like the agreement that Celtic have with Benfica for Jota there will be plenty of speculation about what it contains but with the Record vague on detail over ‘two separate add-ons’ it seems like Celtic fans won’t be worrying too much about the latest revelations.

How come when the “daily record understands” something about Celtic it’s always negative ?

The thing that’s missing here is that Celtic negotiated this deal with Spurs and were obviously happy with the figures. Whether it’s £5m or £10m Celtic were content with those terms, so why would they be any less so now?

Imagine the @Record_Sport reporting a negative story about Celtic and by a reporter who has a surname for a first name?…only in scotland

that boy is the best centre back in the league and the stats prove it?