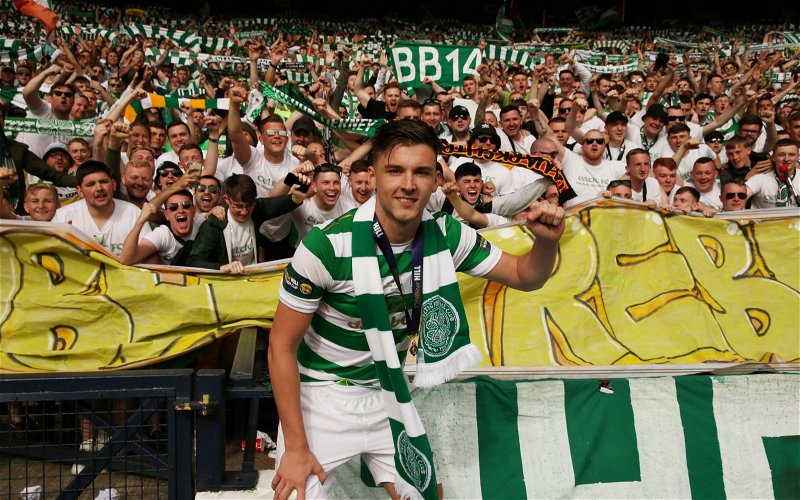 The Green Brigade have been at work inside Hampden preparing a tifo for tomorrow’s League Cup Final.

With Bertie Auld passing away last month it is likely that the Lisbon Lion will feature in the tifo as two of his former clubs compete for the first domestic trophy of the season.

Before each semi-final there was a minute of applause in honour of the midfielder who regarded Hampden as his second home.

All of the Celtic players wore the number 10 on their shorts for the semi-final against St Johnstone with James Forrest coming off the bench to score the decisive goal.

Jack Ross guided Hibs to victory in their semi-final but will be watching on telly tomorrow with David Gray in temporary charge.

Recent Hampden matches between the clubs have involved one or both teams playing in their change strips but there has been no mention of kits this year which raises the prospect of both sides playing in green and white as they did in Hampden clashes in the fifties, sixties, seventies and eighties.