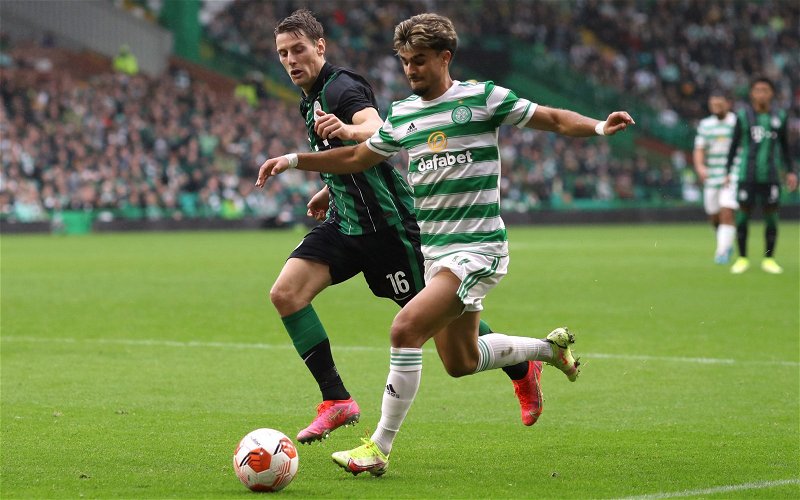 Ange Postecoglou has delivered an optimistic update on Jota’s injury.

Seventy minutes into Thursday’s win over Hearts the winger cut inside then suddenly pulled up, sending a shiver through the Celtic support.

At the end of October Tom Rogic and Carl Starfelt were halted in similar fashion, and missed a month of action which only amounted to six and six matches thanks to the November international break.

A similar timescale for Jota would cover the nine remaining matches before the January break and create a massive gap in the pattern that Postecoglou has developed.

Neither Liel Abada or James Forrest has had the same influence on the right flank but for the next couple of games at least Celtic will need to make do without Jota.

It’s always a concern when a player comes off injured.  Jota ’s one who has played every game and again he’s one we’d love to give a break to at some point. But it’s the kind of stage as a squad we’re at this moment.

He wasn’t too downbeat after the game, he was hopeful it was nothing too serious. Ultimately, we need guys like Mikey (Johnston) and Liel (Abada) to step up, that’s why they’re here at the club. And if the opportunity exists for them it’s up to them to take it.

Tony Ralston and Stephen Welsh look likely to miss tomorrow’s match at Dundee United, team news at 10.45am on Sunday is eagerly awaited.