‘Kris Boyd is an absolute clown, becoming a parody of himself now’ ‘called himself Boydy tonight’ ‘comes across a pure clown’ Sky Sports ‘expert’ trends on twitter 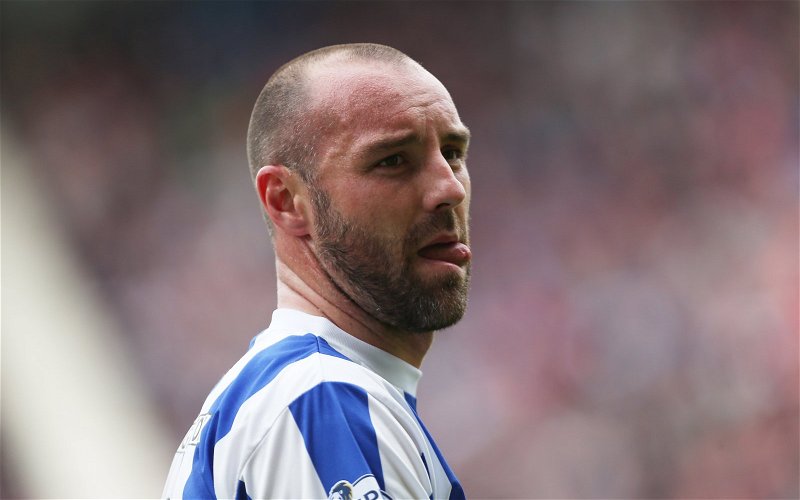 Kris Boyd went into overdrive last night as tried way too hard to be a controversial character on Sky Sports’ coverage of Celtic v Hearts.

In England it works with any combination of Roy Keane, Jamie Carragher and Gary Neville together in a studio, sometimes you don’t even need a match in the background.

The problem for Boyd last night was that none of his co-pundits were prepared to bite- Christophe Berra and Stan Petrov could see straight through their hyper-excited colleague for the night.

Petrov is fairly dry and analytical. Very watchable for his detached viewpoint, not in the same category as former Celtic team-mates Chris Sutton and John Hartson.

Berra was refreshingly honest. Twice a Hearts player he admitted that the offside claim against the Celtic goal was too close to call. As it was.

Not Boyd unfortunately. With no one prepared to match his high-pitched outrage he just went off squealing to himself about the great injustice that he had witnessed.

There was plenty to last night’s match, lot of dubious and debatable decisions but Boyd only had thoughts for one incident.

One view that most fans will agree with is Boyd’s call for VAR- the sooner the better for most watching fans.

Kris Boyd is so desperate to be their version of Chris Sutton. It’s quite painful to watch. Sutton pulls it off because he’s clever and has a sense of humour. Boyd has shiny teeth and a single digit IQ.

Kris Boyd … when is VAR coming to Scottish football ….

Be careful what you wish for Kris ….

Kris Boyd is an absolute clown, becoming a parody of himself now

Kris Boyd trying to be funny and controversial, just comes across a pure clown

Absolutely over the top every time.

Kris Boyd called himself Boydy tonight, make of that what you will

Btw, IF we won the league I would genuinely be concerned for Kris Boyd’s health? 10 years of Chris Sutton laughing at Rangers has absolutely ruined him???

“It’s marginal. There’s nothing in it let’s be honest.”
Christophe Berra