Mentality incredible- Celtic scorer gets praise from Serie A 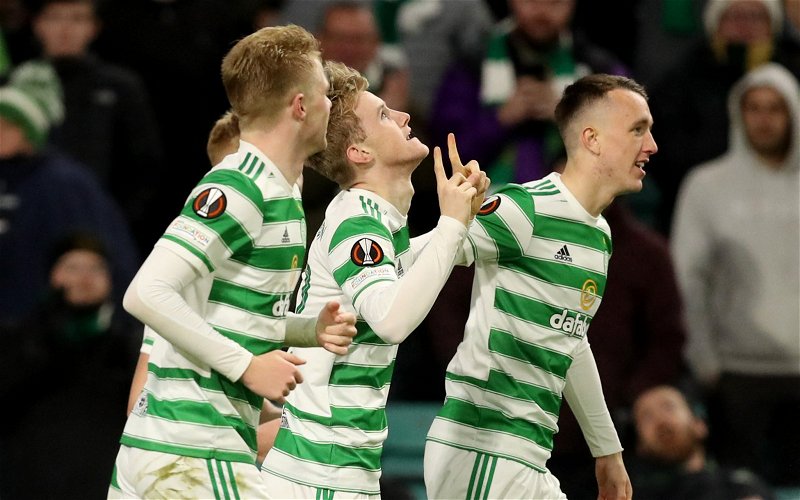 It must have seemed like Déjà vu for Liam Henderson, or whatever the Italian version is.

The highly promising early debuts, some encouraging appearances, a loan spell then it all falls rather flat and drifts.

Watching from Italy last night the former Celt saw his brother’s name pop up on the team-sheets for the Europa League tie against Real Betis. In 2015 Liam had came off the bench against Inter Milan, now one of his regular opponents in Serie A with Empoli comfortable in mid-table.

Football works in strange ways, without any competitive action this season Ewan came on as all eyes were on Kyogo Furuhashi and his hamstring. Within a minute he was racing onto a low cross from Mikey Johnston to put Celtic 2-1 in front, a move that they’ve repeated down the years coming through the club Academy.

A year ago Ewan made an impact coming on as a substitute in the 3-2 win over Lille, perhaps this season he’ll get the opportunity to build on last night’s appearance.