On the verge- 8.40am update on Celtic transfer target 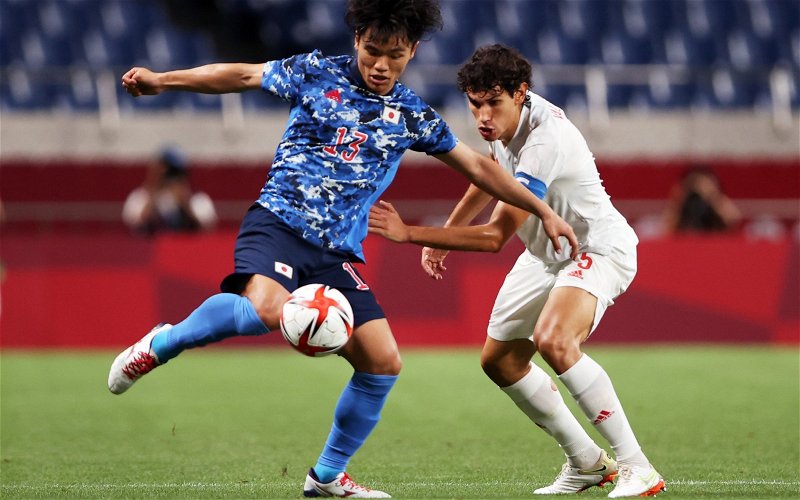 Celtic are reported to be on the verge of completing the signing of Reo Hatate from J-League side Kawasaki Frontale.

The versatile left-sided player is out of contract on February 1 according to Transfermarkt with no more club commitment before that date.

Hatate has been strongly linked with Celtic since the start of November with the break in the J-League season giving all parties the time to complete the formalities.

At 8.40 this morning The Sun reported:

CELTIC are on the verge of completing a deal for Japanese star Reo Hatate. The Hoops have been locked in talks with Kawasaki Frontale over a fee for the 24-year-old utility man.

Sources in Japan now claim an agreement in principle for Hatate’s transfer has been reached. Frontale’s season finished on Sunday after the J-League champions were knocked out of the Emperor’s Cup at the semi-final stage.

They romped to the league title, beating Ange Postecoglou’s former side Yokohama F Marinos by a whopping 13 points, and clinching a place in the AFC Champions League. Hatate, who can play at left-back, in midfield or on the wing, is now free to finalise his move.

International clearance from the football authorities and a work permit will have to be processed but they should be formalities although highly unlikely to be completed over the weekend of January 1 and 2.

Celtic have fielded a variety of players on the left this season but with uncertainty over the future of Jota and Greg Taylor recently signing a contract extension the addition of Hatate looks like a significant element of Postecoglou’s squad makeover.