The Hogmanay celebrations arrived 13 hours early for Celtic fans as the club announced the signings of Reo Hatate, Daizen Maeda and Yosuke Ideguchi across social media.

Speculation has been building over the last 48 hours that the deals were underway but no one was expecting all three players to be delivered before the transfer window opens.

Deals have been agreed, medicals passed for three players that have clearly got the stamp of Ange all over them- just like top scorer Kyogo Furuhashi. 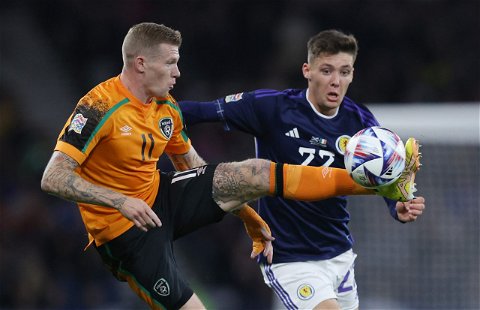 Over a decade and more Celtic have been notoriously slow in transfer dealings with a busy final day the usual script, in August the club brought in Jota, Giorgos Giakoumakis and Cameron Carter-Vickers in a frantic 24 hour spell.

Postecoglou has been very confident about getting key business done early, he had identified the positions that needed strengthened and the players that could provide the right solutions.

Hibs at home on January 17 will be the first test for the new signings, until then the Celtic support can mull over the 12 months about to end and anticipate more Kyogoals and Angeball during 2022.

Ange is so good his January transfer window starts in December.

Welcome to the disco lads ?? pic.twitter.com/UcZ8eChRx5

What a difference this season, no last minute scrambling, no deadline swithering, hopefully sign of things to come in the summer and get players in and ready for European football

Well done Celtic. Is this evidence that the corrosive era of Peter ‘Bonus’ Lawwell is over? I hope so. Good work Michael Nicholson.

No guarantees with new players, but it’s a statement of change to have them in on 31 Dec rather than 5 to midnight on 31 Jan.@CQN

Wow this is a great start I just ? jota & vickers get sorted permanently & also a couple more signings & I will be over the moon ?

Told you Friday was a day for announcements ?