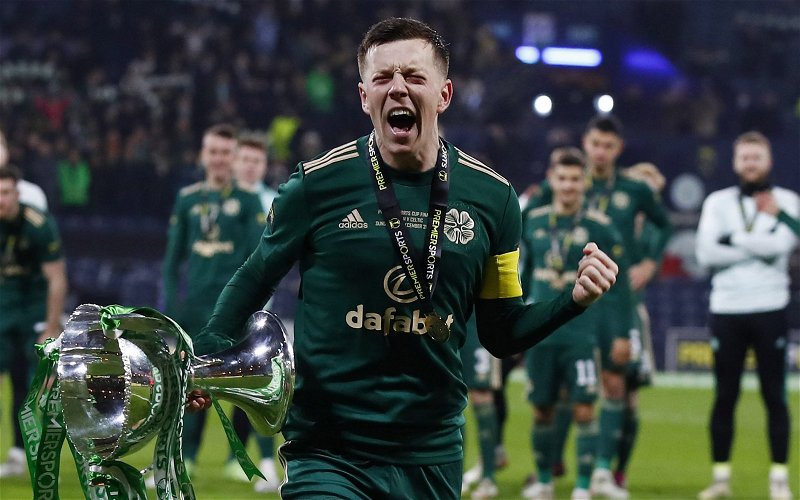 Callum McGregor has been involved in winning cup finals all of his life but Sunday’s triumph over Hibs carried special significance.

Alongwith Tom Rogic and Nir Bitton, McGregor was the only survivor from the Invincible season available to Ange Postecoglou with the armband for extra significance and responsibility.

Over the last four years McGregor has been a growing influence on the squad, his captaincy style isn’t as visible and vocal as Scott Brown but the passion and drive from the skipper hasn’t been diluted.

It was fitting that the final touch on Sunday came from McGregor, chipping a free kick down towards the corner flag then turning to celebrate with the Celtic fans in the North Stand.

Just over two years ago Celtic had won the last cup final played in front of fans- the 24 months in-between haven’t been very kind to anyone involved.

McGregor has grasped the responsibility, bought into the ideas of a new very driven manager and is wholly committed to restoring the club, his club to the previous levels of success.