We don’t think it is anything serious- Ange gives amazing Kyogo update with striker not ruled out of facing Motherwell! 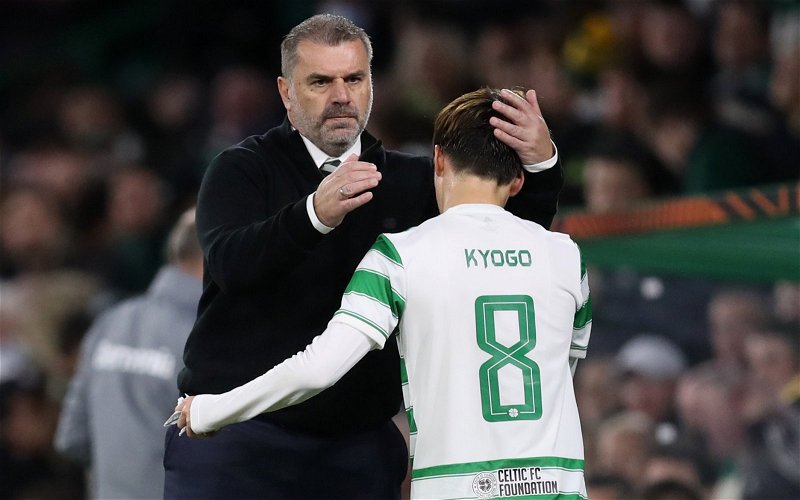 Kyogo Furuhashi hasn’t been ruled out of Sunday’s match against Motherwell.

That’s the incredible news for Celtic fans who have spent the last 48 hours fretting over the extent of the hamstring injury that the striker suffered during the Europa League tie against Real Betis.

With Jota unlikely to play again before the winter break starts on January 2 the last thing that Celtic needed was a similar absence to Kyogo.

Jota, James Forrest and Albian Ajeti all suffered hamstring knocks over the last three matches but it seems that the Japanese striker could be back in action in a matter of days rather than weeks.

He’ll get scanned today (Saturday) and I don’t want to put a time frame on it. We don’t think it is anything serious but as to whether he will be available for Sunday, we probably won’t know until tomorrow. I’ll make a decision then but nothing is confirmed.

There had been no update on the injury to Kyogo since the post-match comments on Thursday night.

News that there is a chance that their top scorer could play against Motherwell will be a massive relief to the Celtic support who have been fearing the worst case of scenario of at least a month missing.

Celtic still have seven matches to play until the 20 day January break but it now looks very likely that Jota will have the chance to add to his 14 goal tally before the turn of the year.