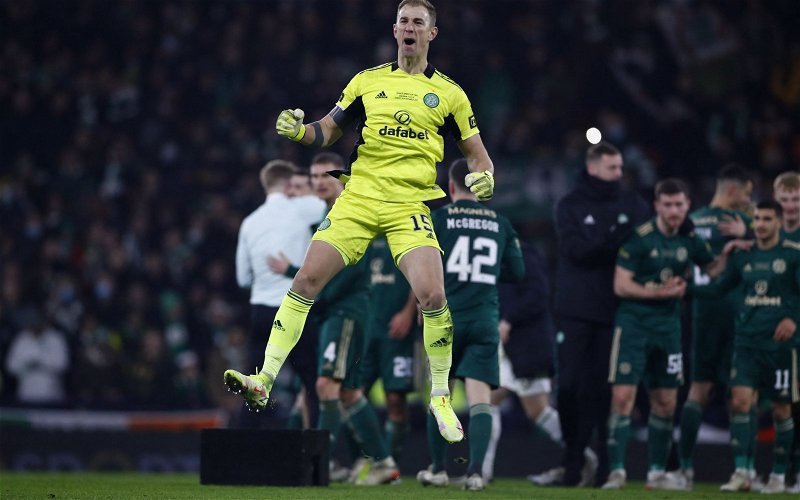 Not only did one young Celtic fan get her picture taken with Jota but she also got a former England keeper to take the picture with the video clip going viral on social media.

The second half of yesterday’s Scottish Cup tie was nothing to write home about, especially for referee Don Robertson as he allowed Alloa players to leave their mark on their top flight opponents.

Liel Abada was an early casualty with Jota coming off the bench for his second appearance since suffering a hamstring injury at the start of December against Hearts.

Not even the brilliant skills of the on-loan Benfica winger could engineer a goal for the Celtic fans packed behind the goal.

Thank you so much Joe Hart @CelticFC made my girl so happy and takes a great photo ? https://t.co/gVhFFUekGm pic.twitter.com/09haUUCKFD

Overnight the picture and video had been liked over 18,000 times.

The second half stalemate will be quickly pushed aside for the fan who managed to get Joe Hart’s attention with the hoops keeper turning photographer to provide a priceless memory.