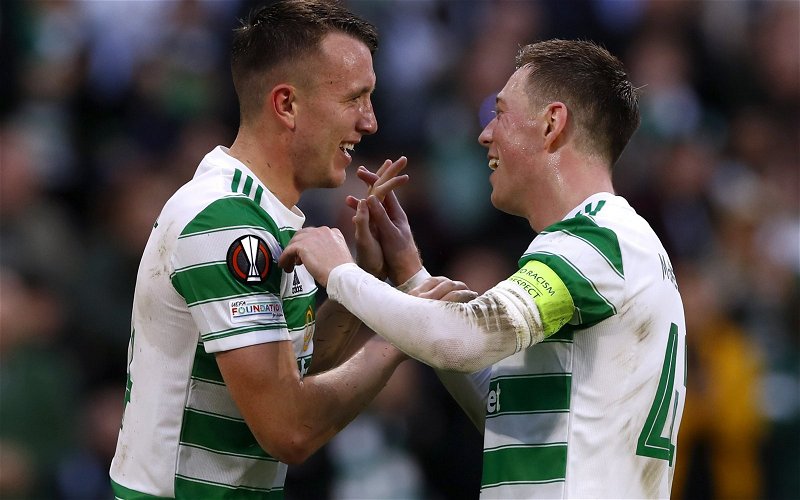 Callum McGregor has been taken to hospital tonight to have the extent of his facial injury assessed.

The Celtic skipper was left grounded and dazed by a first half challenge during the Scottish Cup win over Alloa Athletic that ended his interest in the match. James McCarthy replaced McGregor who required a few minutes of treatment before making his way off the pitch.

VideoCelts understands that the 28-year-old left the stadium early with the Celtic medical team in order to get the extent of the injury assesses.

It could all be a case of severe bruising but that would be an optimistic reading of events with Ange Postecoglou admitting the seriousness of the injury.

? LISTEN: “He wasn’t in great shape… it’s not going to be short term”.

Celtic boss Ange Postecoglou gives an injury update on Callum McGregor after he was forced off during their 2-1 win over Alloa. pic.twitter.com/jfnTSW1Ued

In the first half of the season McGregor, Tom Rogic and David Turnbull were the first pick midfielders, neither of them will be available for the next three matches.

Yosuke Ideguchi is also an injury concern for Wednesday’s match at Hearts after suffering an ankle injury in the 2-1 win over Alloa.