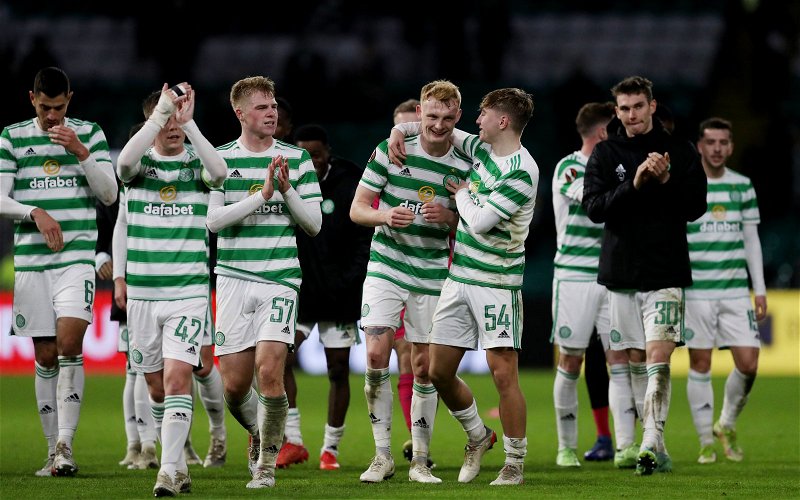 St Johnstone are reported to be keen on signing Liam Shaw on loan until the end of the season.

Other than the state of the pitch at McDiarmid Park it would seem to be the perfect move for all three parties.

Shaw was a regular in the Sheffield Wednesday side last season but has started just one Celtic match and made one substitute appearance since his summer switch to Celtic.

A move to St Johnstone should provide regular top team football as Callum Davidson’s side battle to get out of bottom place with Celtic able to assess Shaw against Premiership opponents.

St Johnstone hope to sign Celtic central midfielder Liam Shaw on loan until the end of the season.

The former Sheffield Wednesday man is a big part of Ange Postecoglou’s Parkhead plans, and has over three years left on his contract.

But having only featured twice for the Hoops since his summer move north, Shaw could be set to get regular competitive football at McDiarmid Park.

The Saints squad was too loan heavy in the first few months of the season, with Callum Davidson keen to strike a better balance in the second half of the campaign.

Shaw made 22 appearances last season in The Championship for Sheffield Wednesday with St Johnstone able to offer him the chance to repeat that sort of game time in a very competitive environment.

With a Celtic contract that runs until May 2025 time is on the midfielder’s side but getting in proper game time is essential to his development rather than training at Lennoxtown with little hope of being involved in matches.