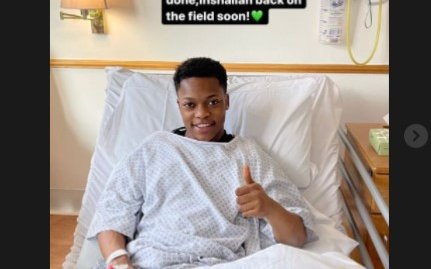 Karamoko Dembele appears to be back to full fitness and ready to relaunch his Celtic career.

The teenager was brutally ‘challenged’ by Kasey Palmer of Bristol City in a pre-season friendly and has only been seen in occasional social media posts since that match in July.

With James Forrest also suffering injury problems so far this season Liel Abada has had the right-wing position almost to himself as Ange Postecoglou puts his stamp on the squad.

Chris Jullien was the main focus for Celtic’s social media team but even out of focus Dembele was recognisable in the background.

With his contract expiring at the end of the season some interesting times are ahead for the player who was tipped for the top even before making his reserve team debut as a 13-year-old.

So far he has yet to start a first team match but nothing can be ruled in or out under Postecoglou with the winger assured of attention from elsewhere if he can’t agree to a fresh Celtic deal.