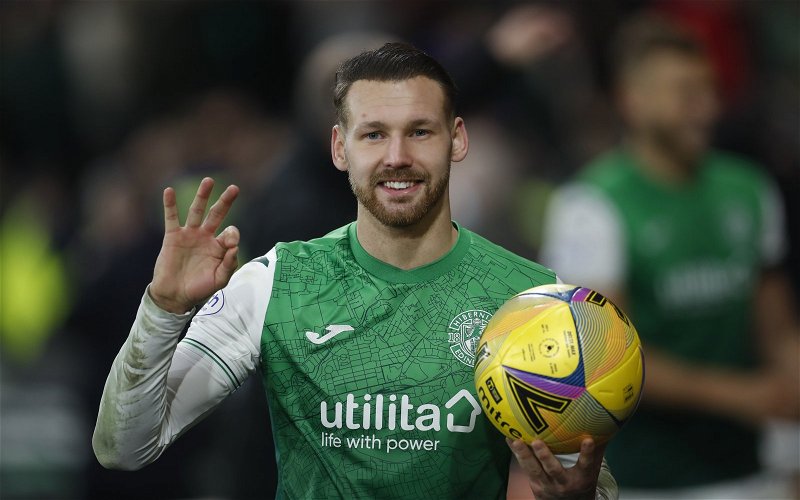 Martin Boyle reportedly has a £1m per year contract offer on the table from Saudi Arabia.

The Hibs winger has been strongly linked with Celtic but if it came down to personal terms it is very very unlikely that Celtic could compete with the Saudi terms.

With the tax system in operation in Saudi Arabia a UK club would need to offer around £30,000 per week by conventional means to match the offer from Saudi.

Hibs would need to agree a transfer fee for any deal to go through but with that offer in the public domain it won’t be easy for the player to retain his focus.

Boyle has been in the best form of his career over the last 18 months but prior to that he had two lengthy spells out of action recovering from knee surgery.

HIBS ace Martin Boyle has been offered a move to Saudi Arabia — and a £1MILLION a year wage packet.

Unsurprisingly SunSport understands the Australian international who is still on Celtic’s radar, is extremely keen for Easter Road chiefs to allow him to explore the staggering opportunity from a mystery Middle East club.

It’s believed Boyle can pen a minimum two-year deal if he wants it — and the jaw-dropping potential rewards have inevitably turned his head.

Saudi Arabian Pro-League side Al Faisaly had a £500,000 bid for Boyle booted out before Christmas.

It’s unclear if they are the club now dangling the amazing riches before Boyle with his performances for Australia — five goals in nine games — drawing widespread attention in the region.

Hibs, though, are in control of the situation having persuaded the 28-year-old winger to sign a new contract until 2024 last August. They will seek at least £3m for the frontman.

Relations between Celtic and Hibs have been tetchy since Rod Petrie got the better of Peter Lawwell over the transfer of John McGinn to Aston Villa in August 2018.

Last week’s transfer of Ewan Henderson to Hibs suggests that the lines of communication between the clubs has improved with two huge egos no longer hands on.

Hibs face Celtic a week tomorrow with Boyle likely to be in the spotlight for that match, almost certainly as a Hibee.