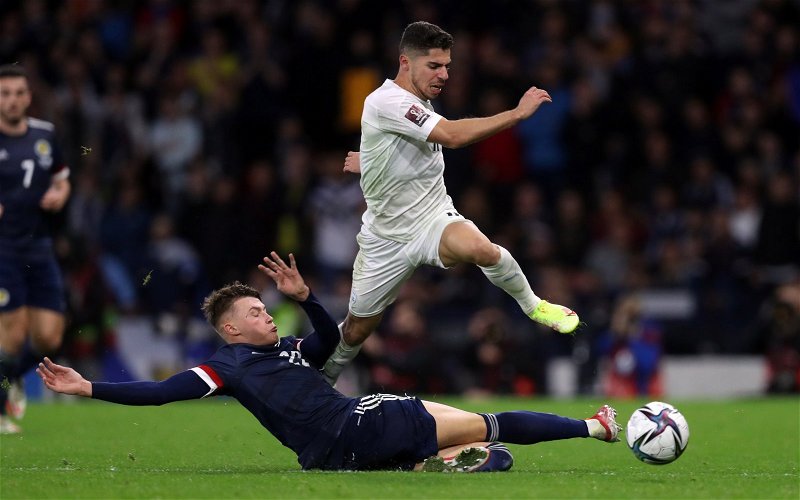 Nathan Patterson has slotted straight into the Everton squad in his favoured Ibrox position- watching from the bench.

The Murray Park starlet was listed as a substitute today as Rafa Benitez’s side lost 2-1 away to Norwich with one Everton fan getting onto the pitch but stopped by stewards as he tried to ‘raise a point’ with the former Liverpool boss.

An Everton fan has just invaded the pitch and tried to get to Benitez at Carrow Road ?https://t.co/qdReWe2cXm

Everton fan just invaded the pitch & tried to run across the other side to get to Benitez. Apprehended halfway there. pic.twitter.com/lxAAEluzsa

After watching Jonjoe Kenny at right-back last week Patterson got the chance to see Seamus Coleman in his position as Everton’s miserable run extended to one EPL victory in 12 matches.

Norwich, who included Grant Hanley and Teemu Pukki in their starting XI found them 2-0 in front after just 20 minutes thanks to a Michael Keane own gal quickly followed by a strike from Adam Idah.

Half-time substitute Richarlison pulled a goal back on the hour mark but with 19 points from 19 matches Patterson finds himself at a club locked in a relegation battle with Norwich just six points behind after their third win of the season lifted them above Newcastle and Burnley into third bottom place.

Next Saturday Patterson will be reunited with Steven Gerrard as they sit on opposite benches watching Everton slug it out at home to Aston Villa.