Viral- Not a dry eye in the house- watch Chris Sutton’s brilliant video message to Celtic fan of more than 70 years! 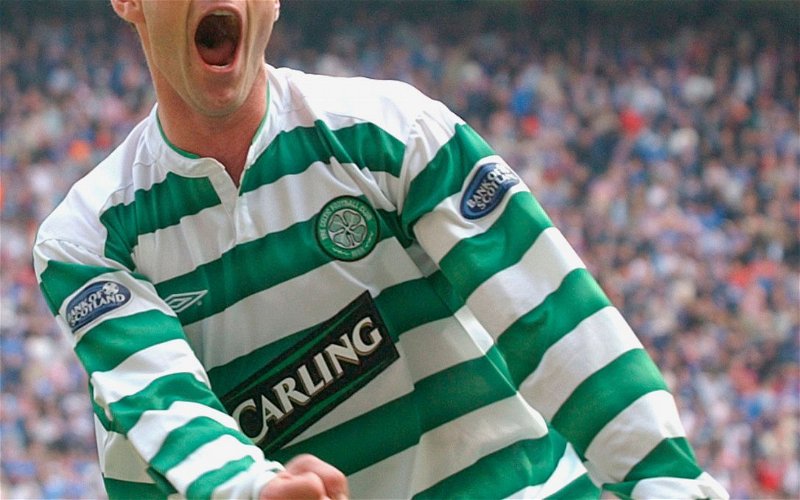 A video message sent by Chris Sutton to a veteran Celtic fan has been viewed more than 70,000 times in 15 hours- more than the equivalent of a full house at Celtic Park.

The family of Danny in Grangad arranged the treat with the former hoops striker delivering a poignant and meaningful message.

Sutton only joined Celtic in 2000 but has embraced the whole ethos of the support- backing the team and players to the hilt as they strove to deliver success.

Danny’s 70 years of supporting Celtic covered some fleeting glories of the fifties, the abject misery of the early sixties followed by the joy of all joys as Jock Stein put Celtic at the forefront of European football with unprecedented success at home alongside respect and recognition overseas.

During his five years at Celtic Sutton contributed to a few chapters of success, Seville is the equivalent of Lisbon for a younger generation but everyone associated with the club knows the special group of players that set the benchmark for every side to aspire towards. Danny watched it all