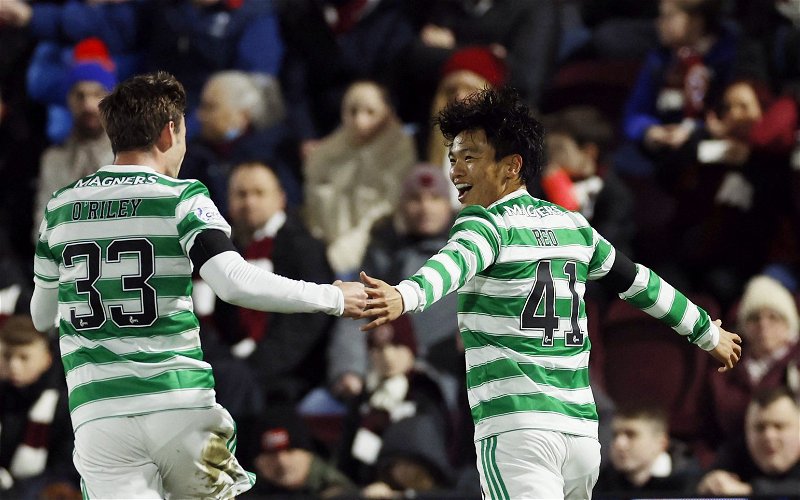 Matt O’Riley certainly gave it heart and soul on his Celtic debut as he filled the considerable boots of Tom Rogic in the 2-1 victory at Tynecastle.

A week ago the midfielder was about to undergo a medical with terms agreed with MK Dons to bring the former England youth internationalist to Scotland.

What he made of the Killing Fields of Alloa on Saturday will be anyone’s guess, as he watched Callum McGregor and Yosuke Guchi go off injured he must have realised that his opportunity was coming quicker than he could have anticipated.

O’Riley had a hand in most of the chances created, his vision and delivery was perfect on the night even if he was running on empty towards the end of the match.

After just a couple of training sessions he appears to be a perfect fit for Ange-ball, dropped into a vital away match he made a telling contribution before a memorable interview with Sky Sports after the match.

Close to exhaustion he’ll have slept soundly last night, waking up to expectation about how much of an influence he can have on his new club with the next five weeks packed with critical action with February looking pivotal to how Celtic’s season will be judged.

Matt O’Riley was man of the match for his first appearance pic.twitter.com/i46umAdsUA