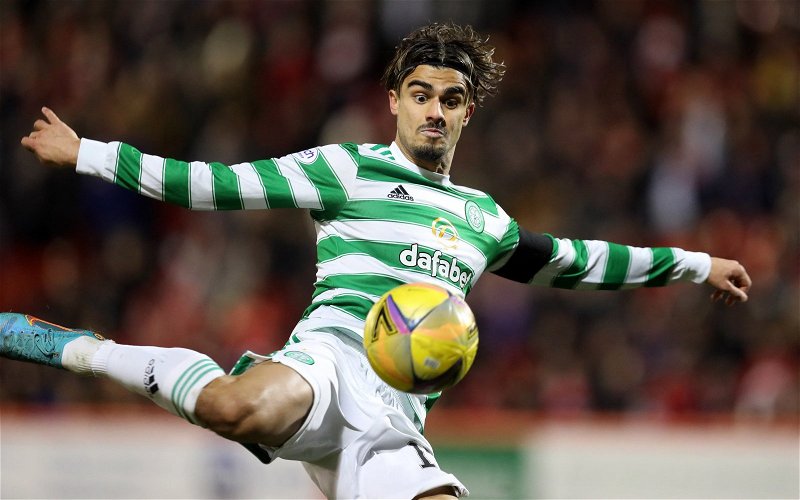 Chris Sutton has taken the Daily Record to task as they try to drum up a controversy over Celtic’s winning goal at Aberdeen on Wednesday night.

It seems that some media outlets are split over whether Liel Abada was offside and interfering with play or whether he obstructed David Bates. No compelling case has been made for either option almost two full days after the final whistle.

With a full card of Premiership fixtures on Wednesday night there are plenty of talking points with both Hibs and Aberdeen dropping out of the top six with fixtures running out.

That’s the sort of straight line l would draw after a few pints… https://t.co/QLAcb0nYGP

Yesterday the Record reported that he saw nothing wrong with the Jota goal but former Ibrox media chief Lindsay Herron has found two former referees to discuss the incident in a podcast.

Sutton will be on BT Sport later today where his side-kick Ally McCoist will again be sharing his thoughts on Celtic matters with the hoops clear at the top of the SPFL Premiership.

It seems that there is next to no spotlight on Aberdeen’s first goal where Scott Brown bundled Carl Starfelt to the ground to prevent Christian Ramirez from being challenged as he shot past Joe Hart.