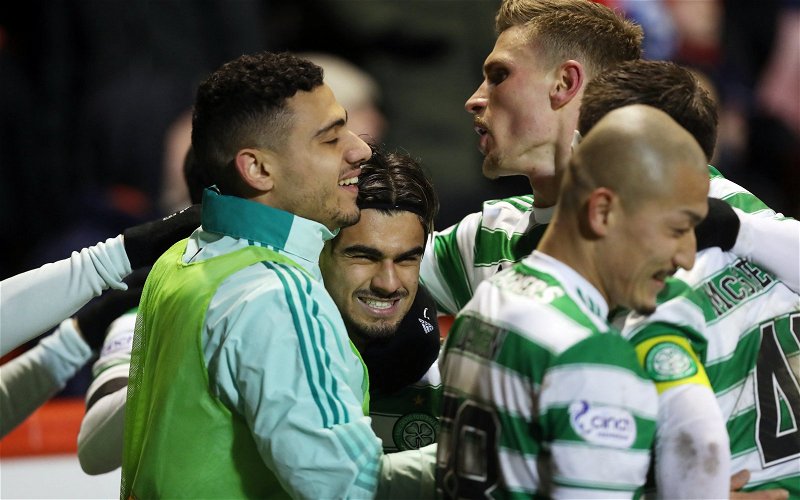 Willie Miller could easily have gone with the flow of Aberdeen players and fans about Celtic’s winning goal tonight at Pittodrie.

Scott Brown led the complaints to Willie Collum after Jota had restored Celtic’s lead just a minute after Lewis Ferguson had equalised.

Liel Abad had come out of the penalty box as his team-mate advanced onto a through ball before striking a shot off the turf and beyond Gary Woods into the net.

The Israeli winger may have been in an offside position but he wasn’t in the eyeline of the goalkeeper which seems to be the current determining factor in deciding about interfering with play.

In the after-match reaction on the BBC Scotland website Miller says:

Both managers, from fairly similar positions saw the incident differently. Ange Postecoglou was unable to give an opinion from ground level 30 yards away.

Stephen Glass seemed to be hedging his bets when he suggested that if it wasn’t offside his defender had been blocked by Abada.

From the side, Liel Abada blocks [David] Bates, that stops him defending. I think he’s offside as he does it. Even if he’s not he’s still blocking a player. We continually get done for blocks even when they don’t happen.