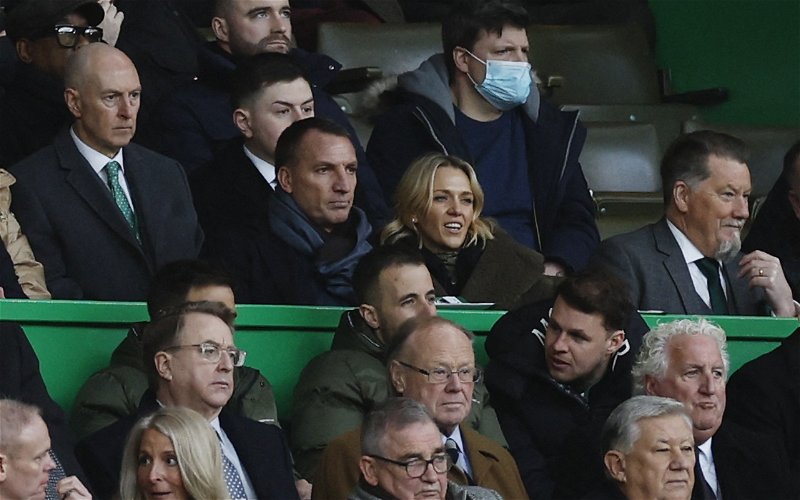 Ange Postecoglou has revealed that his contact with Brendan Rodgers goes back almost a decade.

The Leicester boss was a surprise face in the crowd when Celtic beat Dundee United last month, almost three years after his abrupt departure to devote his life to Leicester City.

Postecoglou’s impact and turn around is already being compared to the 2016 arrival of Rodgers who raised the bar spectacularly after the final months under Ronny Deila saw the stands at Celtic Park slowly emptying.

The Australian and the Irishman are very different characters but both possess the personality and belief to impose their methods into a squad of players needing direction and purpose.

Brendan popped his head in before the game. It was great to see him. He’s someone I came across when he was Liverpool manager. They came down to Australia and I was coaching Melbourne Victory.

He was really kind with his time and since then I’ve kept in contact with him. He was one of the first people to reach out when I got the job. He’s been really supportive and has sent me a couple of really nice messages.

It was good to catch up with him. I am sure he enjoyed being back at Celtic Park. He says it’s still the best experience of his career in terms of the atmosphere and the environment.

Rodgers steered Celtic to the only Invincible Treble in Scottish football while Postecoglou suffered defeat in three of his first six SPFL matches.

Confidence and expectations among supporters are now at similar levels with a genuine feeling that there is more to come from an ambitious manager with points to prove.