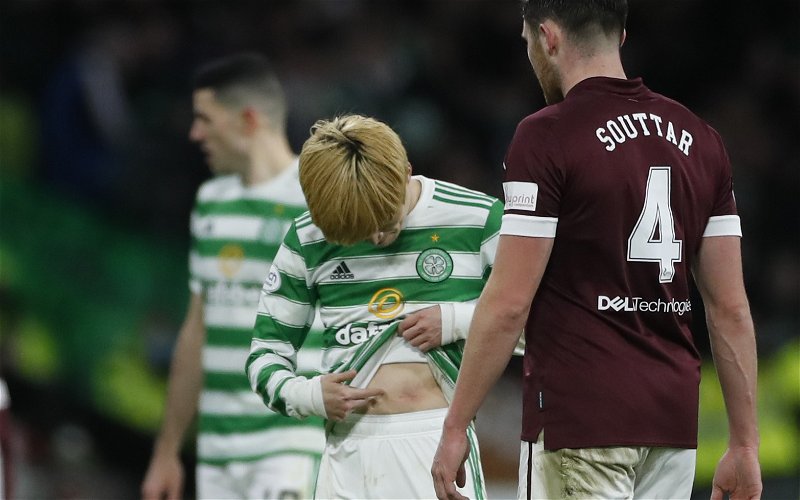 Hearts are waiting to find out the extent of John Souttar’s latest achilles problem.

The Ibrox bound star was substituted after 61 minutes of Saturday’s 2-2 draw away to Dundee United.

After signing a five year contract to move to Ibrox in the summer Hearts were unable to agree a January deal and now have to support the 24-year-old through another course of treatment.

Listening in to Open Goal discuss the draw with Dundee United, the Daily Record reports:

Halliday said: “It was one of the maddest games of football I have ever seen. GMS (Gary Mackay Steven) broke his hand after 10 minutes, Alex Cochrane came on for him and got concussion five minutes later, Cammy Devlin after half an hour tore his hamstring.”

Host Simon Ferry then quizzed Halliday on how Australian Nathaniel Atkinson was faring after he was removed at half time.

And that’s when the former Rangers midfielder provided an ominous update on Souttar’s condition.

He added: “He was f****** as well, he actually wasn’t feeling that well before the game. Big soapy’s (Souttar) achilles, we actually made five injury subs before 60 minutes.”