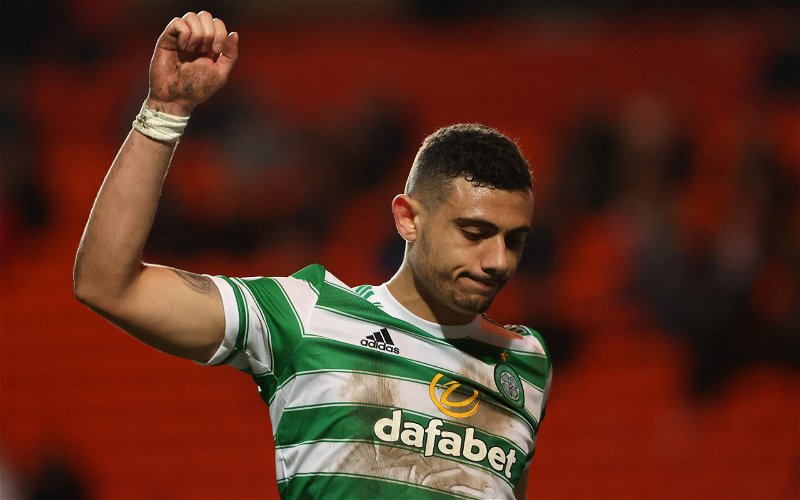 Giorgos Giakoumakis has been given his first international call up as a Celtic player.

The striker has been included in the Greece squad for friendly matches against Montenegro and Macedonia as Gus Poyet prepares for the Nations League and qualifiers for the 2024 European Championships.

Giakoumakis has been in top form recently for Celtic, stepping into the boots of Kyogo Furuhashi with eight goals since the turn of the year.

International friendlies can be an unwelcome distraction for club managers but the opportunity to catch up with Greek team-mates and perhaps some sunshine won’t do the striker any harm before he returns to club duties with the Glasgow derby on April 3.

Kyogo could be back in contention for that match but barring injury it looks like Celtic will go to Ibrox with the former VVV Venlo striker leading the line of attack. Before that Celtic host Ross County with Giakoumakis looking to take his tally for the season into double figures.