They all count- fresh footage demonstrates Celtic’s will to win 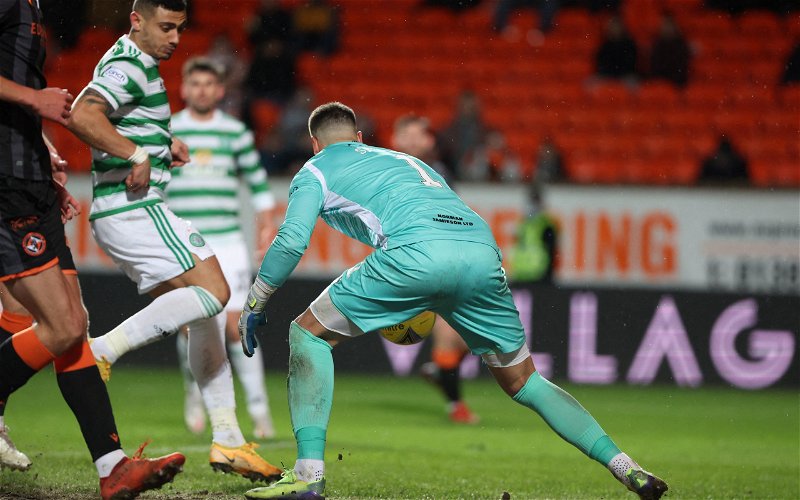 They weren’t things of beauty but as every player and manager knows, the only thing that matters from a cup tie is being in the hat for the next round.

The Celtic players had barely reached the Tannadice showers when they discovered that their 3-0 win over Dundee United had earned them another Glasgow derby- April might include three of them!

Celtic’s play has been very easy on the eye this season but ultimately it is all about bundling the ball into the net with Giorgos Giakoumakis providing a reminder that they all count after Nicky Clark had deflected a Callum McGregor shot into his own net.

Benji Siegrist has had more than a few outstanding performances against Celtic in the last 18 months but when he spilled a cross from Daizen Maeda a certain Greek striker pounced on the loose ball to net.

When Karamoko Dembele raced into the penalty box in the closing minute Giakoumakis again did what was necessary as he outmuscled a defender on the six yard line to divert the ball into the net.

Celtic are two wins away from regaining the Scottish Cup from St Johnstone, performances like last night