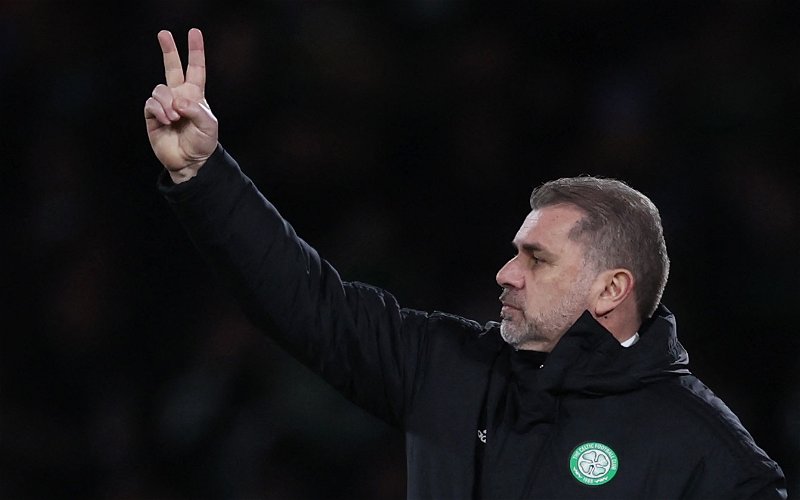 Ange Postecoglou has laughed off Alan Brazil’s reaction to his appointment as manager of Celtic.

The life-long Celtic fan has been in England since moving to Ipswich as a teenager and has been one of the key voices behind the success of TalkSport.

That involves spending time in the company of Jim White and Ally McCoist who were in their element last season after nine years of misery.

It took the Celtic board 106 days and a statement about Eddie Howe to appoint a successor to Neil Lennon but with Celtic top of the SPFL and playing to sell-out home crowds the former Yokohama Marinos boss has more than justified his appointment.

Steven Gerrard scurried south within a few months of Postecoglou’s appointment with his successor being held to account by Ibrox fans over a nine point swing in the SPFL title race.

Postecoglou is in big demand from the Australian media with last night’s show very laid back as all issues of life in Glasgow were covered.

Brazil: Awe this has got to be a wind up, nooooooooooo

McCoist: What do you think?

Brazil: Oh, he’ll be a great manager (giving it the classic roll eyes). Where do they come up with these guys from?

Chat show host 1: That is Alan Brazil who has played for Scotland and since then he has eaten humble pie, quite a bit of it.

Chat show host 2: It must be quite fun running into those sort of guys, you have proven them wrong, they’ve changed their tune completely but the fans themselves are singing your praises.

(Clip of Last Christmas from Dens Park in November)

Chat Show Host 2: That is just awesome, from someone who got to Glasgow in May, and had to enter a Witness Protetion Scheme. You must feel a great sense of elation when that is the reaction from the rank and file.

Postecoglou: Yeah, there is a couple of things there Mick. Firstly, before I even got the job they told me that when you become Celtic manager half of Glasgow loves you and the other half absolutely hates you. I just said that is only if I’m successful.