English Football is Dead- contrast the Etihad with Dingwall 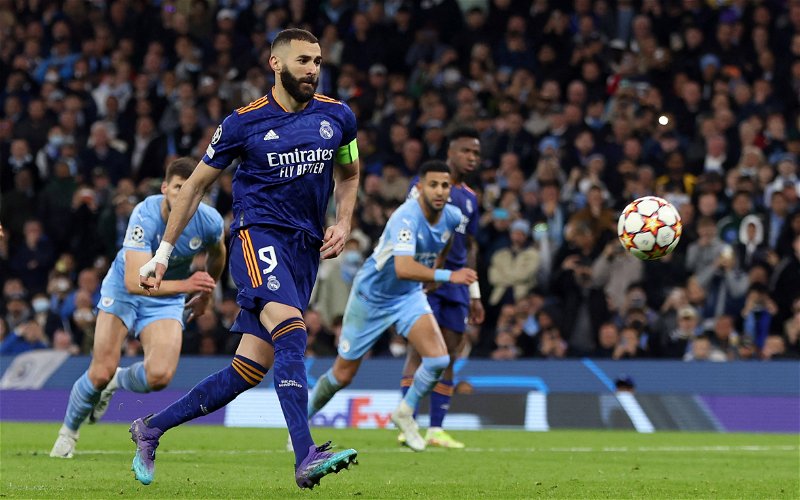 Defensive coaches are in for a busy week but for those viewing at home it was a compelling tie as Manchester City constantly went two goals up then got pegged back.

To top it off Karin Benzema finished the scoring with a Panenka (Edouard) penalty-kick, taking a 4-3 defeat to next week’s return leg.

Watching dispassionately, thousands of fans went home with most of the action on their mobile phones. City fans politely filmed the Benzema penalty as the French striker struck a decisive blow to their hopes of winning the Champions League for the first time.

Three days earlier Jota scored a goal at the most northern point in senior football in the UK- there were no more than half a dozen phones in operation as 1,800 fans went crazy in celebration.

The contrasts could hardly be starker.

State of the amount of phones out to video an opposition goal
Game is gone. pic.twitter.com/2XhKZbDxO3