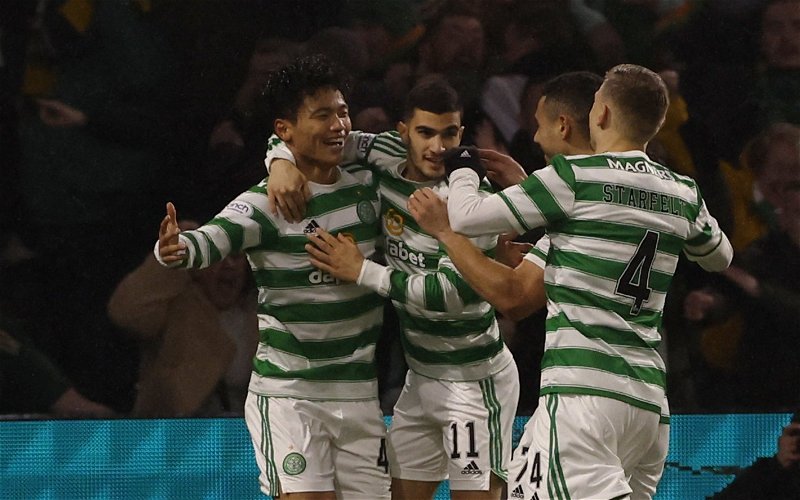 Still in his first season at Celtic Liel Abada already knows the moments that fans cherish most.

At the end of January the young Israeli winger nearly took the roof of Celtic Park with a 90th minute winner against Dundee United to cut the gap at the top of the table down to two points.

Four days later came the pivotal match of the season, for the first time in more than two years Celtic fans were inside watching a Derby match and were given a performance to savour.

The buzz of Reo Hatate’s second goal was still live when the Japanese midfielder sent a ball across goal from the left. Abada was racing in, Borna Barisic took evasive action with Abada poking the ball past Allan McGregor to put Celtic 3-0 in front. Neither club has looked back.

A similar outcome on Sunday will leave Celtic nine points in front with three matches left to play with the scorer of the third goal telling the Daily Record how special it feels to net in that fixture:

Was it the best atmosphere I’ve experienced? Of course. I’m only 20 and I played in some big games in Israel. But this was amazing. If we win on Sunday, could it be even better? Of course.

The atmosphere is always amazing inside Celtic Park but if we win the championship I don’t even know what it will be like. We can talk about that afterwards so the focus is on Sunday and completing our goal.

Abada is likely to start on the bench on Sunday but as he showed with Jota’s goal at Ross County his pace and drive can be very effective against tiring defenders.