Simply The Poorest? It takes Andy Halliday to set the record straight as angry Ibrox fan hits the airwaves 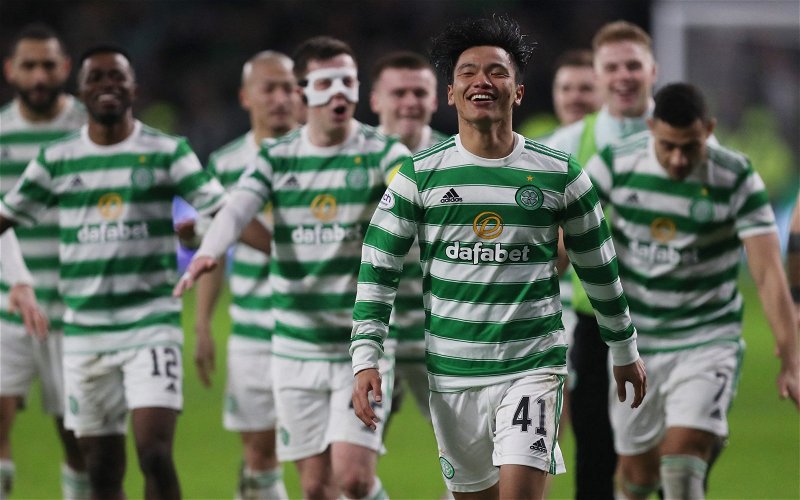 The pain of Celtic’s likely SPFL title win is getting too much for some Ibrox fans with ‘Andy’s’ agony all too evident on Super Scoreboard last night.

Radio Clyde’s phone-in broadcasts the rawest of emotions with the weekend results taking Celtic a big step closer to their 10th title win in 11 years.

To be six points clear after 34 matches is fairly emphatic and build on an unbeaten run of 28 matches which consists of 24 wins and just four draws.

With two wins in the Glasgow Derby since the turn of the year there has been a 12 point swing to put Celtic within touching distance of the flag highlighted by a goal difference advantage of 19.

If both sides were level on points or within one victory of each other strong debates could be made but when your team is six points behind ahead of a trip to face the league leaders it is probably best to keep quiet and hope for the best.

But not according to caller Andy on last night’s show.

If Celtic go on to win the league this season it would be one of the, I don’t know if the word worst was mentioned but one of the poorest Celtic teams to win the league, with a challenge for a long time and I 100% agree with that as well.

Now I don’t think that the title is over just now as well but if Celtic win on Sunday, which I don’t think that they will do, I think after the weekend there. I know somebody else came on there saying that we didn’t win in the 90 minutes but Rangers played Celtic off the park from 0 to 90, well 120 minutes, whatever it is, you know that is us already done 120 minutes, in the Europa League thing you know.

I will really be honest with you, I don’t think that Celtic are that good, I really don’t. I mean they play one system and they’ve been found out in the Europa League and in the Conference League, Ange plays one way of football, I honestly believe that Rangers have thrown the league away this year.

It took another Andy, Halliday, as far from a Celtic supporter as you are likely to find, to explain to the caller some basic facts that are beyond dispute with the Daily Record reporting:

I’m a simple believer that the league table doesn’t lie. In January Rangers were seven points ahead, so yes, Rangers were in a position to go on and win the league.

But unfortunately for Rangers a league is 38 games not 20, since that January period Celtic have been on a remarkable run. You are certainly not a poor side if you play 28 games, win 24 and draw 4.