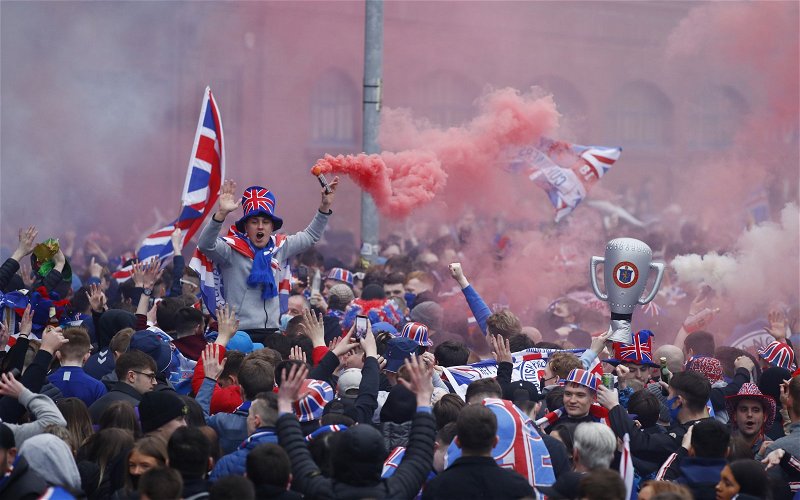 Greg Turner has been ditched as a Tory candidate for East Renfrewshire Council elections on May 5.

Clearly working on a tip off by someone bearing a grudge the Daily Record has identified as MearnsUnionist on the toxic Follow Follow message-board.

Known by many as ‘the swamp; that message-board seems to operate outwith the law as a gathering point for many dangerous viewpoints as a 10 minute visit would confirm.

Hiding under usernames allows members to cover their identity but the Record has been able to piece things together to link Turner with posts on the notorious site.

A Scottish Tory council election candidate has been dumped by his party after he was linked to a series of bigoted posts made on an online forum.

Greg Turner, who is standing to become a councillor for the Barrhead ward on East Renfrewshire Council, referred to a local Catholic high school as a “bigot factory” in a discussion about catchment areas.

The Tory was behind a profile known as “MearnsUnionist” on an online discussion board.

In one post, he described what he viewed as a change in the Stamperland neighbourhood in Clarkston following the opening of St Ninian’s high school in nearby Giffnock.

He said: “A lot of pape families moved in so they could get their kids to the best performing bigot factory in Scotland.”

He added: “Obviously there’s still a decent amount of good guys in that area too, but there’s definitely been an infiltration over time.”

It seems that Turner managed to keep his darkest views away from his Tory friends or they were aware of them and comfortable with him until he was exposed by the Glasgow based publisher.

Since the start of this season Follow Follow has been an official media partner of The Tribute Act, tomorrow they will be invited into a media conference call with Giovanni van Bronckhorst and one of his players.

A bigot factory and a place “a lot of pape families have moved in”.

The language here is genuinely alarming. A Tory candidate talking about an ‘infiltration’ of Catholics – the rhetoric of the genocidal far right. pic.twitter.com/iBBxDEbSds