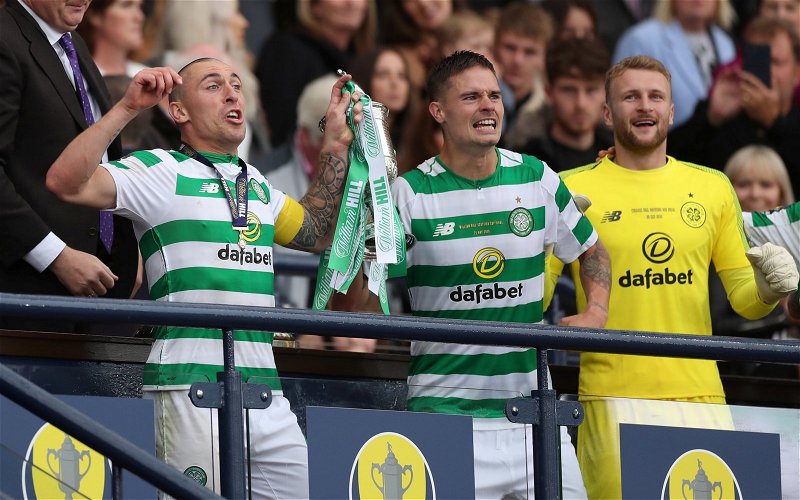 With one announcement the number of remaining Invincibles slipped down to just two- the hard core of Callum McGregor and James Forrest.

Five years on from his famous Hampden winner against Aberdeen Tom Rogic will empty his locker at Lennoxtown and move on to pastures new with Nir Bitton doing likewise.

Mikael Lustig went through the same process three years ago but there was no prior warning as he pinged a pass through to Odsonne Edouard to complete the Treble Treble.

Only Lustig and those closest to him knew that the 2019 Scottish Cup Final would be his last match as a Celtic player.

Rogic and Bitton have had time for prepare for today, it will be a final competitive match for Celtic to add an extra layer of emotion to the day where 60,000 fans salute Ange Postecoglou on returning the SPFL Premiership title with one final medal added to the collections of the departing midfielders.